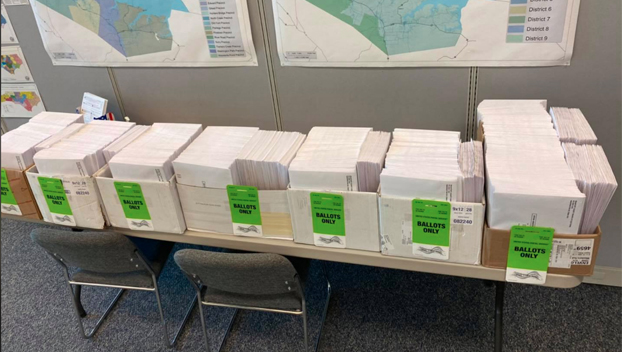 While Election Day is still nearly two months away, 51 people had already voted in Beaufort County as of Wednesday. They’re among the 2,393 local voters who have requested absentee ballots for the 2020 election, and new tools from the North Carolina State Board of Elections will soon give these voters more power to track their ballots through the absentee process.

“That tells you how far ahead we are of where we’ve ever been,” Hopkins said.

On the national stage, concerns have surfaced regarding the absentee voting process during the upcoming election — from voter fraud to ballots disappearing or not arriving in time to be counted.

For North Carolina voters, however, a new tool statewide called BallotTrax will allow a voter to track his or her ballot through every step of the process. Starting this week, voters will be able to sign up for the service via the North Carolina State Board of Elections website. The system works hand-in-hand with election officials and the U.S. Postal Service to notify voters when their ballot is received, and if there are any issues with delivery or approval.

“I’m really excited about it,” Hopkins said. “I think it gives voters more control over what happens. They’ll be able to log in and see where the ballot is in the process and whether we approved it or not. So it’s kind of checking to make sure everything is going through properly so they know their ballot was counted. If they get in there, and the ballot is rejected, they can call us, and we can cure whatever problem they had with their initial absentee.”

Hopkins said the BallotTrax system is scheduled to go online Friday. The system will be accessible at NCSBE.gov once it is launched.