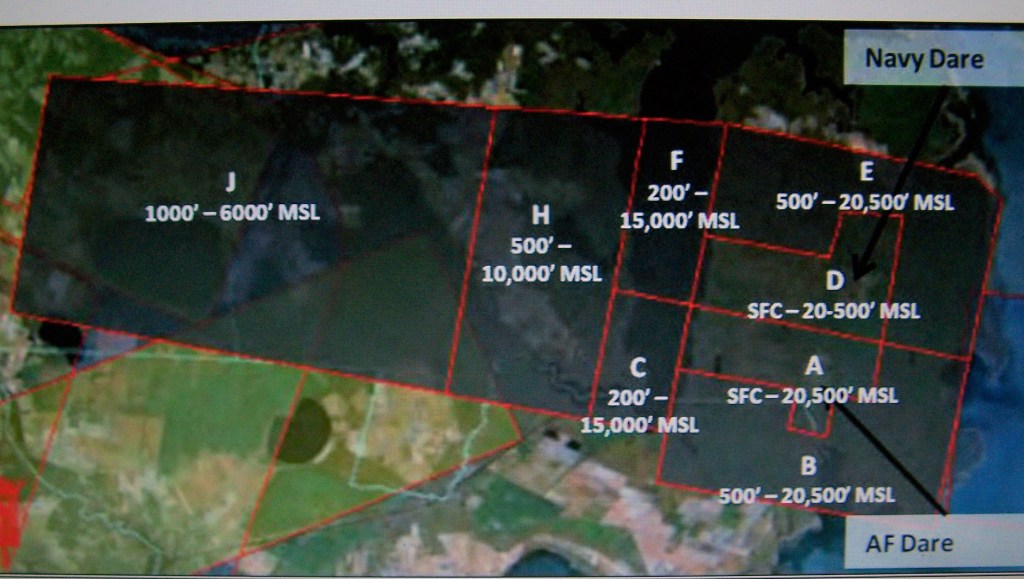 A major aerospace company is making its home at the North Carolina Global TransPark in Kinston, the state transportation secretary announced Sept. 8.

Draken International, a Texas-based firm that owns the world’s largest commercial fleet of privately-owned tactical aircraft, has leased hangar and office space at the Global TransPark.

Draken plans to help prepare pilots at Seymour Johnson Air Force Base in Goldsboro by acting as the enemy force during training missions and war games. The company will provide similar services for Marine Corps Air Station Cherry Point.

“This is a win for North Carolina, and will be a tremendous asset for the military and provide an economic boost for the region,” said Eric Boyette, secretary of the N.C. Department of Transportation, which is the umbrella agency for the TransPark. “This would not have happened without the partnership between Draken, the Global TransPark, the state and local community leaders.”

John Rouse is the president and chief executive officer for the Global TransPark.

“Draken’s selection of the Global TransPark proves that North Carolina has the infrastructure and assets to attract and support aerospace and defense related industries,” Rouse said.

By locating in Kinston, Draken will beable to provide up to 1,000 support missions each year to their primary customers at the two nearby military installations.

Initially, the operation will consist of eight A-4 Skyhawk fighters based at the Global TransPark and approximately 40 workers already employed by Draken.

Aircraft are being positioned at the Global TransPark so missions can start soon.

“The North Carolina Global TransPark is the perfect long-term partner for Draken International,” said Bill Tart, chief operating officer at Draken. “The mission-focused attitudes of everyone we’ve been associated with, from the airport management, to the DOT, to the car dealerships and local businesses we need to partner with for our success, have been the key ingredient of our ability to support the airmen at Seymour Johnson so quickly.”

The accompanying graphic shows that section F and C overlay the Alligator River from Second Creek to Newport News Point. The U.S. Navy’s portion of the Dare County Bombing Range, serving fighters from Oceana Naval Air Station in Tidewater, Virginia, is under section D, and the Air Force portion is under section A.

Aircraft approach the ranges from the west (left side of graphic) over Washington and Tyrrell counties. The numbers shown inside each section indicate altitudes above mean sea level that aircraft must maintain. For example. section H shows 500 feet minimum to 10,000 feet maximum.

The Seymour Johnson AFB website states that intervention maneuvers (mock air battles between Draken and Air Force fighters) will be carried out, presumably in the airspace designated for bombing run approaches. If so, much additional aircraft presence and noise will occur over Tyrrell County.