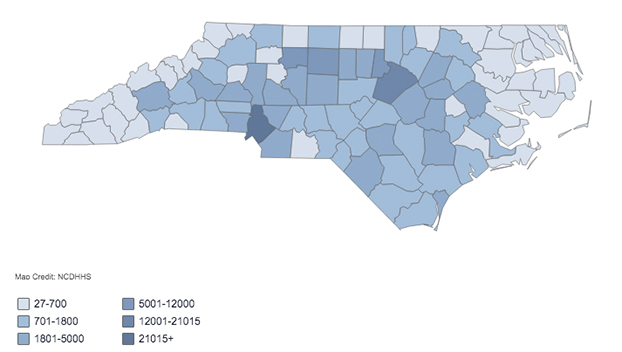 According to the update, 711 of the 940 total positive cases have recovered from the virus; 15 Beaufort County residents have died — seven of those in the space of six days in mid-August, three between Sept. 10 and Sept. 17, and another four are under investigation.

The number of confirmed COVID-19 cases in North Carolina continued to rise from 188,024 Wednesday to 189, 576 Thursday. There have been 3,180 deaths in the state attributed to the virus, an increase of 31 overnight. The state currently has 894 COVID-19 associated hospitalizations and 167,257 people are presumed recovered from the virus in North Carolina.

There had been 14,814 tests completed in Beaufort County as of Thursday, with 13,777 negatives, 931 positives and 106 pending. These are cumulative numbers and include tests performed at the health department and reporting private medical facilities through the county. Nine of Beaufort County’s cases were tested in other counties but are Beaufort County residents.

“There were 1,141 tests completed by reporting agencies in Beaufort County last week; 8.5% of those tests were found to be positive,” the Wednesday update reads. Outbreaks in long-term care facilities were found to be a heavy influence on the positivity rates experience over that time period, it says.