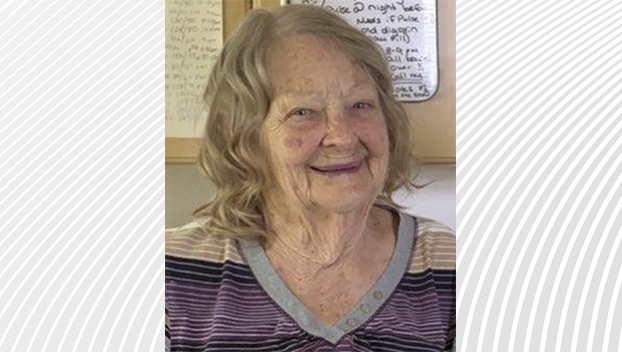 Lou Ellen Brooks Sullivan died sitting near her husband in the serene setting of the sun porch of their beloved Lake Norman home on Sept. 17, 2020, nine days shy of her 86th birthday.

A wife and partner to Leonard Holmes Sullivan for 67 years, “Mom” to three sons, and “Grandma Lou” to six grandchildren and two great-grandchildren, she was born on Sept. 26, 1934, in Bath as the cherished only child of the Hon. Ray Shavender Brooks and Mildred Inez Everett Brooks.

With her husband and two young sons, and expecting the third, Lou moved to Mooresville in 1960 and for most of the next 60 years until health concerns curtailed her activities, she was an active member of the local business, church and social community.

Her deep ties to Mooresville include a multi-decade run as part of the hands-on ownership team — the Sullivans with J.D. and Nelda Chamberlain — in charge of operations at the Mooresville Tribune newspaper.

She was a kindergarten teacher at Mooresville’s Little Folks School operated by Vivian Combs before opening her own facility, then was a long-time advertising representative for the Tribune, and later for other publications in the Lake Norman region.

She was an active member and officer in the Mooresville Woman’s Club and other service organizations, a devoted member of Fieldstone Presbyterian Church, serving in various leadership positions, and for years was directly involved in municipal and county election proceedings as a poll worker and elections officer.

Later in life, she became the ringleader of a traveling weekly card game with what a few requesting-to-remain-anonymous ladies said sometimes adopted what they politely described as “Lou rules.”

But for all of her years, the outside jobs, enjoyments and responsibilities remained secondary to her most accomplished and emphasized roles as the undisputed boss in a house full of men; coach, advisor, demanding critic and staunch defender of her husband, her three sons and, eventually, their families; and surrogate mother, chef, counselor, cheerleader, scolder and shoulder-to-cry-on for any and all friends, neighbors, co-workers, teammates or others who — for a short time or forever — entered her family’s circle.

The kitchen was her kingdom, and if you visited, for a weekend or a moment, you were not only well fed, but departed, without question, with leftovers. For a vast collection of her sons’ classmates and friends — from grade school through college and well, well beyond — Lou’s Kitchen was an oasis of “Here’s what’s ready, but this will just take a minute.”

For homecoming and other covered-dish events at church, holiday parties or any occasion where an entree was expected (partially because she knew how much of it her boys would consume), she’d bring a buffet. And her Southern tradition masterpiece were quarter-sized handmade “Granny Biscuits” — perfected into a delicacy from a recipe handed down from her mother — that filled the house with a tantalizing aroma, perfectly soaked up a pad of butter and rarely, if ever, made it from oven to table without a sampling.

She knew the path to every heart started in the stomach, and if she loved you — or anyone in her family thought enough of you to invite you in — you were fed, and fed well, not only with nourishment, but with care, compassion and the sweetest, soft smile imaginable from a small-statured woman as tough and stubborn as rusty nails.

Through her cooking and caring, she poured out her heart, her most gracious and precious asset, to others. And in surroundings she adored, near the man she shared a lifetime with, her loving heart, at last, gave its last.

A memorial service will be in an outdoor setting at 4 p.m. Saturday, Sept. 26, at Fieldstone Presbyterian Church, 804 Fieldstone Road. Viewing will be held in the church sanctuary starting at 3:15 p.m. prior to the service. Masks are encouraged for the viewing. A private burial will be held at a later date at Salisbury National Cemetery.

Cavin-Cook Funeral Home & Crematory, Mooresville, is serving the Sullivan family. Condolences may be made to the family at www.cavin-cook.com.