Please let me share with you today, friends, that which is a beautiful love story.

Now, this is not the typical love story you might expect, but it is indeed about love. A special love.

Background: You may recall, but probably don’t, a column I wrote titled “Renaissance Woman.” It was about Carol, then the widow of Warren, both of whom I first met in January of 1960.

After seven months in the Army, stationed at Fort Knox, I was just one of many in the 6th Armored Cavalry Regiment who was sent to Germany. This was late November of ’59.

In early ’60, January actually, a fellow soldier in my unit mentioned being in the post chapel choir. Missing singing, that really interested me, so I went to choir practice to check it out. That was to become a very good decision. Very good.

The genuine, warm welcome I received by choir members meant much to a young soldier a long way from home. Especially did I come to know, respect, and love Carol and her husband Warren, who was the chaplain.

As time went on I became active in the AYA (American Youth Activities), which was for children of career military families living on post. There were a lot of young people there. My coaching-teaching future really began there.

The older Withrow child, Warren Jr., played on his age-group basketball team I coached, and Elliene, a delightful little girl, was his sibling. I also coached the Little League baseball team, and as in basketball we competed with similar teams on many American military posts in our part of Germany.

Across the years after my military service time the Withrows and I kept in touch. We even exchanged visits. The chaplain especially liked Manteo and the Outer Banks. He took retirement near Fort Knox (as a colonel), although both were originally from Minnesota.

In retirement Carol earned her RN degree, later even taught nursing, and after Chaplain Withrow passed away, took her skills and faith to several countries in service to those less fortunate.

Theirs was a life of service (he had served in WWII as an enlisted man); and, more than a touch of sadness.

Warren Jr. also became an Army chaplain, but his marriage failed, and he later remarried.

Elliene went to Minnesota, and raised her family there. She died relatively young of cancer. Very sad.

Warren Jr. became totally estranged from all of his family, and passed away without any reconciliation with them.

Carol retired some years ago, but remained active in service to her community. In her early nineties, she moved into an assisted living facility.

One special relationship that was not sundered was that of Carol and her former daughter-in-law, Donna. Even after the divorce they maintained a strong, positive relationship, one based truly on love.

So. Not having heard from Carol since Christmas, I called Donna — whom we had once met when she brought Carol down to Edenton from her home in Virginia Beach to meet us and come home with us for a visit. (Carol had been there visiting.)

“She’s right here with us! We went and got her and brought her home to live with us,” Donna told me when I called.

I said something about how nice it was to do that. Her response was “We wanted to do it. We (she and her husband) love her!”

She even told us that Carol’s birthday, her 94th, was only a few days away, so naturally we got a card into the mail that very day.

As I said in the very beginning, this column is about a beautiful love story. 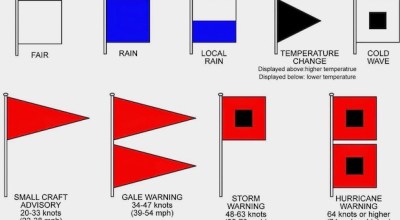 The music that influenced my neighborhood