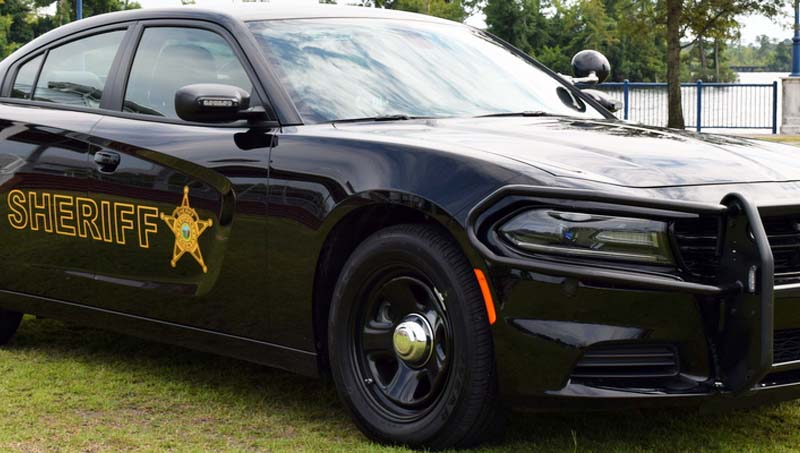 AURORA — The North Carolina State Bureau of Investigation is investigating a shooting that left a man in law enforcement custody dead in Aurora early Tuesday morning. The man was shot before Beaufort County Sheriff’s Office deputies arrived on scene, according to a press release from the sheriff’s office.

The press release states the deputies and the North Carolina State Highway Patrol responded to multiple reports of an assault, followed by a shooting at 350 Fischer Village Road in Aurora around 1:30 a.m. Tuesday.

The release says that responding officers were told 34-year-old Rondell Sanders had assaulted an unarmed family member with a pipe in one Fischer Village apartment, and when the family member fled to a neighbor’s apartment, Sanders allegedly forced his way into the apartment occupied by two women, two children and a 30-year-old man, who was armed.

“During an altercation with the 30-year-old man, Sanders was shot but still able to flee the scene,” the release states. “The sergeant and trooper found Sanders in his apartment a few doors down in the same complex. After some conversation with Sanders, both officers entered the residence and attempted to take Sanders into custody. During the attempt, Sanders began to fight with the officers but was eventually taken into custody. The officers involved did not discharge their firearms.”

According to the BCSO release, Sanders lost consciousness minutes after he was arrested and officers called EMS. Arriving on scene, EMTs discovered Saunders had been shot in the torso, and began performing lifesaving measures, but Sanders was pronounced dead at the scene, the release states.

“Because Sanders’ death occurred immediately after being taken into custody, the district attorney’s office was contacted,” the release reads. “At the request of the District Attorney (Seth Edwards), the North Carolina State Bureau of Investigation is now investigating the shooting of Sanders by the unnamed resident of Fischer Village and the actions of the two officers involved.”

According to BCSO Investigations Lt. Jim VanLandingham, the findings of the SBI inquiry will be presented to the District Attorney when their investigation is complete. The DA’s office will determine whether any criminal charges are warranted in relation to the shooting.

The release says the Beaufort County Sheriff’s Office is cooperating with the NCSHP’s and NCSBI’s investigations.