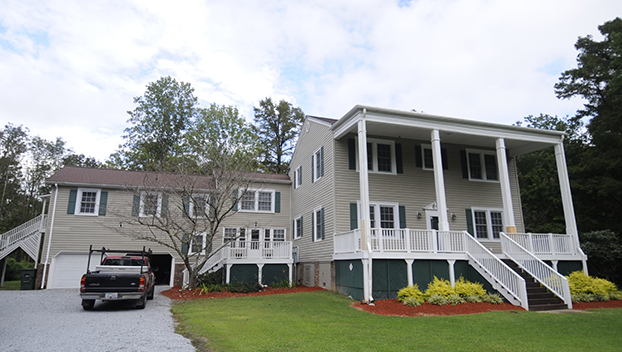 A UNIQUE BLEND: The house at 406 River Road has elements both old and new. On the right is the original home built in 1947 with very classic design elements; on the left, the additions, which feature an enormous family room, garage and a completely separate apartment upstairs. (Vail Stewart Rumley/Daily News)

Set far off River Road’s traffic, on 1.73 acres of sloping, grassy lawn with banks on a small tributary of Runyon Creek, is a house like none other.

It started its life in 1947. At one point, another structure was part of the property, but the two parted ways and that piece became the house next door. At another point, its owners added on to the original house — a large living area, additional bedroom and bath — then added again — a garage with a separate upstairs apartment. FEMA raised the entire house after a slate of hurricanes hit eastern North Carolina in the late 1990s.

Today, this Washington Park home is one of the most interesting properties on the market. 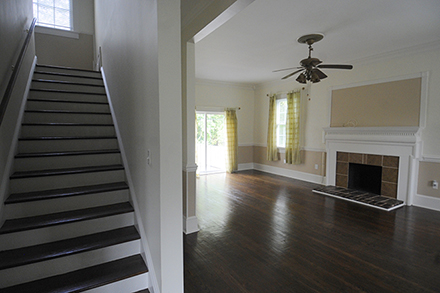 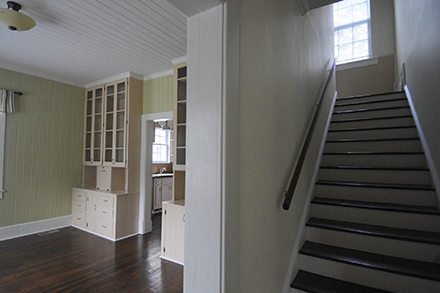 “It is interesting,” said Maria Wilson, co-owner of Coldwell Banker Coastal Rivers Realty. “It’s an unusual house. I’ve been really tickled with all the showings I’ve had.”

The main, original part of the house, is reminiscent of another era. Details such as plaster walls, chair rails and crown molding are topped by lofty ceilings. Large windows spill light over warm, hardwood floors spanning the central entry hall, enormous living room and dining room. Built-in china cabinets reach to the ceiling in the formal dining room, where painted paneled walls and ceiling soften the “formal” with both texture and character.

“They’ve left the old house pretty much the same as when it was built,” Wilson said. 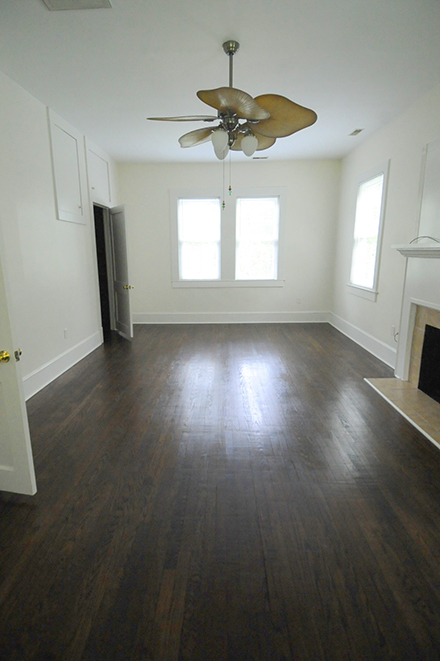 The journey back in time continues with a trip up the stairs, where directly above the living room a master bedroom, complete with matching fireplace, is nearly as large as the room below. On this floor is where an interior design trend made popular in the mid-20th century is given full reign: knotty pine. With the exception of the master bedroom and bath, knotty pine walls and floors, in the hall and remaining bedrooms and bath, appear as pristine today as when they were installed more than 70 years ago.

“All that knotty pine is original to the house,” Wilson said. “That would have been about that time that (designers) did all that.” 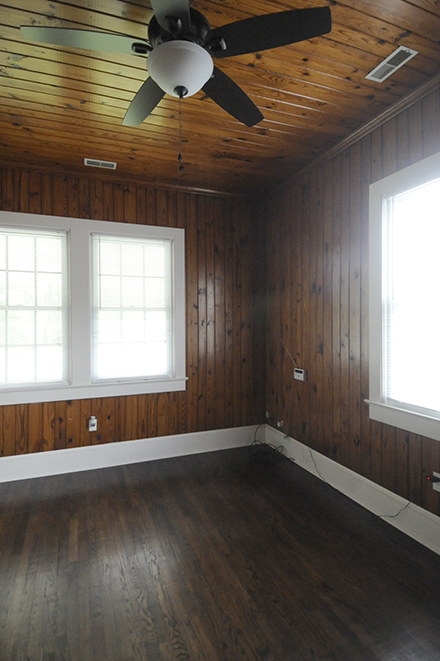 Through a small door off a main house bedroom on the back of the house, a short flight of stairs leads to an apartment so separate it actually has its own address. Spanning the family room, bedroom and bathroom, then the ground-floor garage below, a living room sits on one level, another short flight of stairs steps down into a full kitchen, which then opens onto two more rooms: another living area and bedroom or two bedrooms, depending on who’s living there.

“Because the apartment is a separate address, you can actually legally rent it out, so it doesn’t have to be an in-law apartment,” Wilson said. 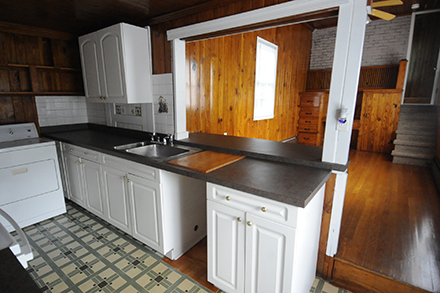 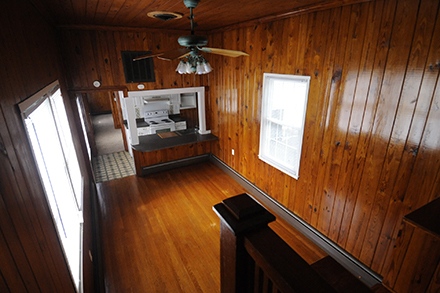 While the front yard is an open expanse of lawn, the backyard features an enormous deck, separated from the house and sitting above the creek and a now-defunct railroad bed.

“There used to be a pool back there — under that deck in the back,” Wilson said.

Part time-capsule, part contemporary and all unique, 406 River Road is 4,200 square feet of elegance and quirkiness. 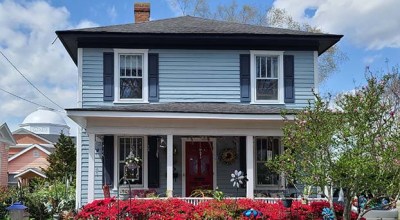 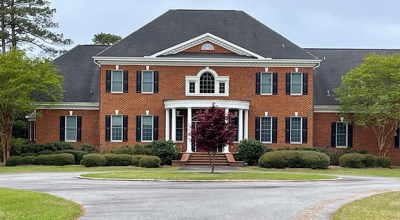