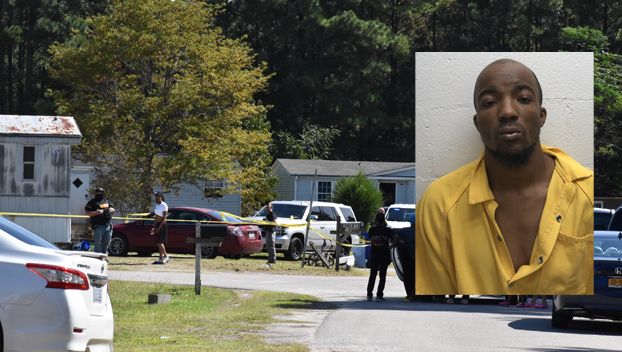 The Beaufort County Sheriff’s Office has charged a Grimesland man with one open count of murder following a deadly shooting east of Washington on Monday afternoon.

According to a press release from the BCSO, a 911 caller reported the shooting at 114 Jasper Lane at 12:11 p.m. Monday. The caller gave the description of a Black male suspect seen fleeing the scene, which helped BCSO deputies apprehend the suspect within 20 minutes.

The release states that 25-year-old Paquon Shabrien Coffey, of Grimesland, was found coming out of the woods on Asbury Church Road, then taken into custody. After interviewing multiple eyewitnesses and processing the crime scene,

Coffey is being held at the Beaufort County Detention Center under no bond, according to court officials.