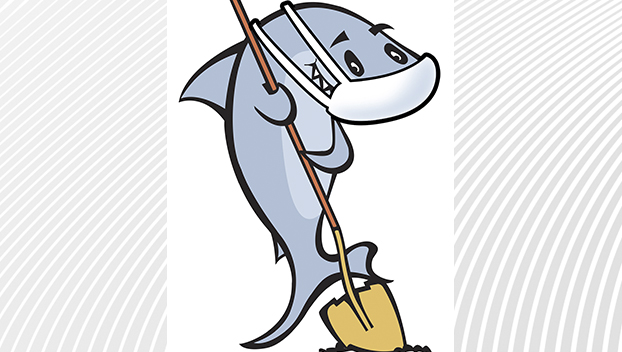 Fossil fans can now return to the Aurora Fossil Museum.

Along with other changes, the Aurora attraction has added a second Tripadvisor Travelers’ Choice Award. The comparison shopping site is known for user-generated reviews of everything from tourist sites and travel options to hotel and restaurants.

This year’s award is based on a full year of Tripadvisor reviews of worldwide attractions that were received prior to the coronavirus outbreak. According to a Tripadvisor news release, winners are known for “consistently receiving great traveler feedback, placing them in the top 10% of attractions around the globe.”

Of the 95 reviews posted on Tripadvisor’s site, 76 called the museum “excellent;” 13 rated it “very good;” five judged it as “average;” and just one was negative. Comments came from as far as Los Angeles, California and Plainfield, Vermont, where one New Englander quipped that her kids “were in the back seat, saying we were taking them to a ghost town. Imagine my and their surprise when we found a lovely, well-thought-out museum. The kids were so excited to find a place to dig. But then to discover fossils and sharks teeth, they were over the moon. Clearly this is a labor of love.”

Fossil Museum Executive Director Cynthia Crane promised that she and museum staff will work hard to maintain and improve the positive visitor experience that was instrumental in the Tripadvisor decision to award the museum “this humongous honor.” That work gets a fresh start this week, as the museum reopens with a limited schedule and some pandemic-related restrictions. The gift shop and fossil park will be open Thursdays through Sundays from 11 a.m. to 4 p.m. Visitors are required to wear a face mask inside the museum. Crane said everyone is asked to practice “the three W’s … wear, wash and wait, while visiting our property.”

The fossil pits will be open, but Crane said no fossil material is allowed off site yet, as staff works to guarantee safety in that area. Summer camp has been cancelled, and the museum’s learning center is still closed, Crane said, because it needs some repairs.

Crane said other changes include a new, long list of motivated volunteers for when the facility is fully open. A new cultural history room and Native American display are in progress. The shark hall now has more displays, and plans are progressing to increase the museum’s virtual programming.

“We’ve already been doing virtual tours for classrooms nationwide. With a new program developer now on staff, we’re going to take the concept to a whole new level with off-site workshops and lectures. Just like the captain in the movie ‘Jaws’ who needed a bigger boat, we may need a bigger museum,” Crane said.

When asked what else that involves, Crane included more than the fossil museum.

“Corporate and individual support matters greatly. Every 10 or 20 dollars keeps the lights on, especially now. Other museums haven’t been as lucky as ours, laying off staff members that have now found other jobs. There are just a few assets in Beaufort County that draw people. If not to us, then I encourage people to make a donation to the Beaufort County attraction they have a fondness for,” Crane said.