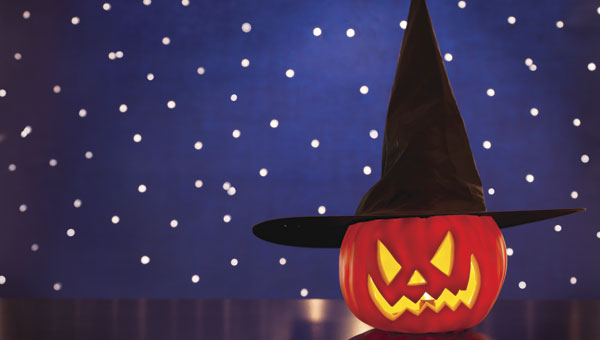 A combination of online tech and old-fashioned treasure hunting is being offered by a local church as a family-friendly and COVID-compliant alternative to the Halloween festivities traditionally held by the Chocowinity Fire Department.

“We’ve never done this before. But we partnered with the fire station last year, and the event was great. They aren’t doing their event this year because of the pandemic, and some towns have already canceled Trick or Treat, so we wanted to create an event that would impact our community and allow our folks to interact in a safe way,” said Greg Hombirg, who has been pastor of First Baptist Church in Chocowinity for the past two years.

The scavenger hunt begins at 10 a.m. and ends at 4 p.m. Participating teams may arrive later than the official start time to register at the church, which is located at 230 N.C. Highway 33 West. Participating teams will then receive a printed list of clues about what they need to find. That list can also be printed out by downloading the “Goosechase” app and finding it there, but registration at First Baptist is still required.

The scavenger hunt list will include 25 clues, some simple and some harder, so children of all ages can participate with the adults who lead the teams they formed before arriving at the church. All solutions to those clues are in town “on the south side of the river,” Hombirg said. Once each clue is solved and each task completed, participants must record those victories by video or photo as proof. The “evidence” must be uploaded and every team participant tagged to a post they send to the church’s Facebook site.

“We want to make sure that nobody is left out when it’s time for recognition,” Hombirg said, adding that the event will also feature drawings for registered teams, including “gift cards and more, as well as pre-made candy bags that the ladies at the church are putting together for our school-age participants.”

All teams need to be back at the church no later than 4 p.m., when the candy gets distributed. Drawings will be done later that evening; winning teams will be notified by church leaders.

Hombirg made a point of saying there is no cost to join the fun and no age limit for team-members, although at least one adult must be part of any team with school-age children. A local address is not required.

“This isn’t just for Chocowinity,” he said, noting that church leaders “envisioned families coming together, friends as well, people of all colors and languages. We want families to be out there doing things together, because a huge factor of the decline in America is the decline in family unity.”

The treasure hunt is a rain-or-shine event, and Hombirg said costumes are encouraged “for the kids who want to be dressed up. We hope the weather cooperates, and it’s a fun day, something different, a big and exciting family-friendly day for the community, and a break from what’s going on in the world right now.”