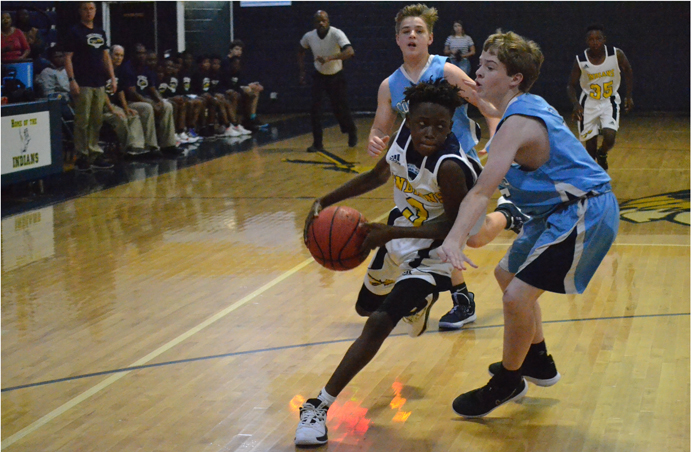 The five Beaufort County middle schools should have been close finishing fall sports and preparing for winter tryouts, but nothing is as it should be with COVID-19.

There wasn’t a fall season and while school officials are cautiously optimistic, the girls and boys basketball season is still very much in a holding pattern. To complicate matters, there is no direction from the state athletic association for middle-school sports and not all area schools are in the same conference.

Without oversight and guidance from an association, it’s up to the conference athletic directors and principals to figure out the best plan for the basketball season.

“I can’t imagine we would try to play sports until the kids physically return to school four or five days a week,” Bath Elementary principal Charles Clark said. “Unlike the high schools’ situation where some of the students drive, ours have to rely on their parents for transportation. It would be very difficult, if not impossible, for working parents to leave their job to drive their son or daughter to practice for two hours, then come back and pick them up.”

Currently all Beaufort County Schools students have the option of attending school in person two days a week, while some have opted to stay virtual for the rest of the semester. School officials are basing their plans for second semester on students being back in school full-time, or close to it.

“Our plan is in place, but we are monitoring how the high schools handle their return to sports in November and what the governor’s orders allow us to do,” P.S. Jones Athletic Director Tim Cashion said. “We would like to start tryouts in early January right after we get back from Christmas break and start the season at the end of the month.”

Cashion said there won’t be any wrestling this winter because of COVID-19, and the spring sports including baseball, soccer and softball would start the day after basketball season ends in early March. The PCAC is not having a spring track season because the condensed high school season keeps the tracks booked solid. Cashion said the basketball season will consist of 10 conference-only games instead of the usual 16.

“We know the kids are anxious, and we’ve had plenty of inquiries,” he said. “A shorter season is better than no season, and we are hoping it will work out. We really don’t know what’s going to happen at this point.”

The Inner Banks Conference plan is similar, but different. Chocowinity Middle School Athletic Director Alan Swain said member schools were ready to hold tryouts in mid-November with games starting in early December and ending in early February. That was based on students returning to school sooner rather than later, which looks unlikely now. The league was also trying to squeeze in a shortened volleyball season.

“We still have some flexibility because we planned to start earlier,” Swain said. “It’s a lot easier to condense a schedule than it is to expand. We are doing everything we can to play because the kids need an outlet. We are hopeful, but also in a holding pattern right now.”