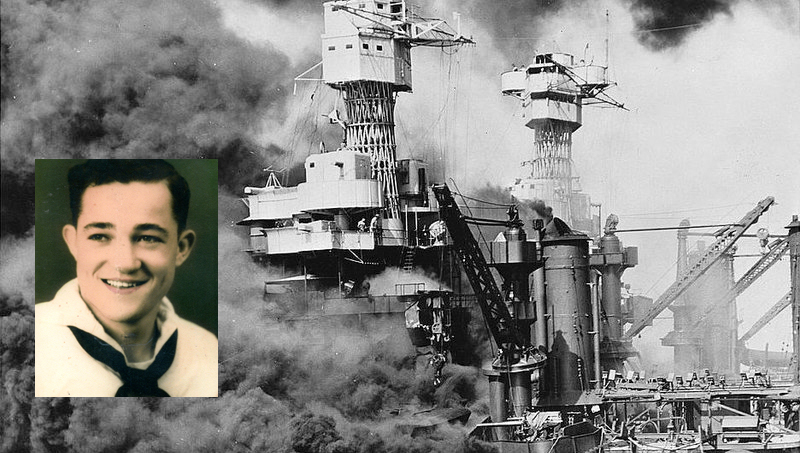 On the morning of December 7, 1941, the naval base at Pearl Harbor in Honolulu, Hawaii was attacked by the Imperial Japanese Navy Air Service, resulting in more than 2,000 U.S. casualties.

One of those casualty was Beaufort County native Howard David Hodges. Hodges joined the U.S. Navy after graduating high school, fueled by a desire to serve his country.

Hodges, a 20 year old fireman first class, died while trying to put out the flames overtaking the USS West Virginia.

Since then, Hodges’ family has held out hope that his remains would be returned to them. Now, almost 79 years later, the surviving family finally has some semblance of closure.

Howard has finally been found.

“Even though it has been that long ago, it’s such incredible news that they have identified the remains,” said Helen Martikke, Howard’s sister.

Hodges’ siblings were young when he died but they still remember him as a loving brother. Martikke was only four years old when Hodges was killed, and though most of her memories come from stories that have been passed down, she is grateful that her older brother can come home.

“It’s kind of hard to wrap my arms around it,” she said. “After all this time, we were just holding out a glimmer of hope. We had hoped that it would have happened while some of our older siblings were still alive, but it’s still wonderful for the four living siblings to have closure.”

“Even though we didn’t know him that well because we were so young when he died, we thought about him all these years.”

The effort to recover the remains of soldiers lost during combat is ongoing. The U.S. Department of Defense has kept in contact with the Hodges family since the tragedy and has kept them informed throughout the search for Howard.

“They have identified several bones through DNA testing. I sent in a blood sample a couple of years ago to the Department of Defense and a couple of my other siblings did the same thing,” Martikke said.

“We don’t know if it was just one sample used to identify Howard or if all three that were sent were used. It makes me feel good to know that my blood could have possibly identified him.”

Despite their joy, the siblings of Howard David Hodges are still waiting for their brother to be returned to them. His remains were recovered and identified in October.

“Our plans are to bring him home and have a memorial service here in Washington,” Martikke said. “We do have a monument for Howard at Oakdale Cemetery already, so that’s where the burial place will be. They can bring his body home in a casket with his remains and a uniform which is what we’re working toward right now.”

Decades later, the Hodges family is anxiously awaiting the homecoming of their older brother. Helen Martikke and her siblings share a simple sentiment regarding Howard’s return.

“We waited 79 years, I guess we can wait a little bit longer.”