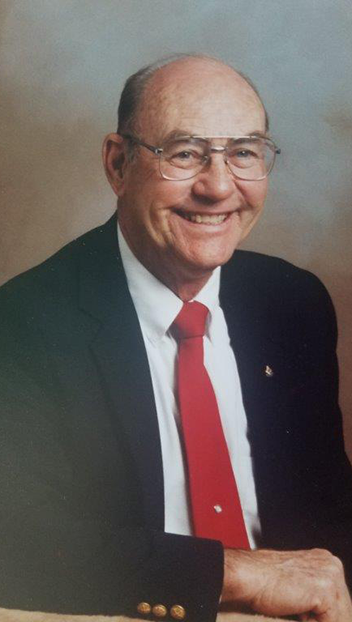 Bill was born in Norfolk, VA on April 7, 1926 to the late Samuel H. and Helen Jean Barber.  He was a member of the Blounts Creek Warren Chapel United Methodist Church.  He was also a former Mason.

He served his country during World War II with the United States Army.  Upon his discharge from military service in 1946 he worked for Bell Atlantic of Virginia, later known as AT&T, retiring in May of 1983.

Bill loved to make people laugh.  He said he hated seeing anybody walking around with a frown on their face, so he tried to make their day by making them laugh.

Surviving are his wife of 32 years, Jonell Gerard Barber and a daughter, Catherine Robbins (Chris) and a son William F. (Beau) Barber II and granddaughter Marissa Barber plus several nieces and nephews.  In addition, the extended family of stepsons Steve Gerard and Doug Gerard (Leslie) and numerous step grandchildren and step great grandchildren, with one step granddaughter being very special to Bill “Stevie Jonell Gerard Martin”.  He lovingly called her “Peanut”.  She has been devoted to him through the years.

The family would like to express their sincere appreciation to the staff of The Courtyards of Berne Village Memory Care Center in New Bern and to the Community Home health and Hospice for the care they gave Bill during these last few months.  In lieu of flowers donations may be made to the Warren Chapel UMC, c/o Maria Dunn, Treasurer 102 Cherry Run Lane, Washington, NC 27889.

Due to the COVID outbreak, the family is not receiving visitors at the home at this time.  A memorial service will be announced at a later date by Paul Funeral Home & Crematory of Washington.

Bill was preceded in death by wife and mother of his children, Mary M. Barber, and his wife Jane S. Barber plus siblings Sam Barber, Jack Barber, and Dorothy Barber Gibbs.

Paul Funeral Home & Crematory of Washington is honored to serve the Barber family.