Pam Pack, Panthers and Seahawks together for now 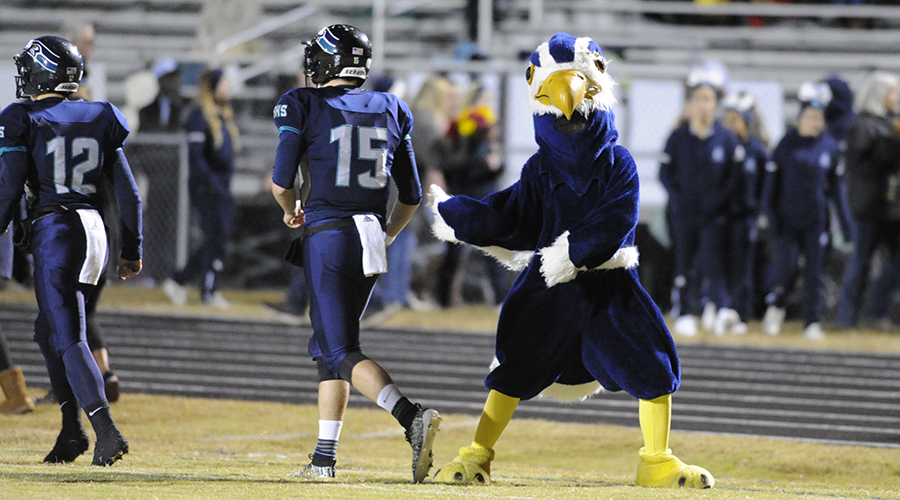 Washington, Northside and Southside High School will compete in the same conference for the first time ever if the North Carolina High School Athletic Association’s realignment plan is approved early next year.

The first draft has the Panthers and Seahawks, both 1A programs, paired with five significantly larger ones in 2A, the Pam Pack, Ayden-Grifton, Farmville Central, North Pitt and Greene Central to form a yet unnamed conference. The new configuration is for a four year period that begins next fall.

Currently, Northside and Southside are part of the Coastal Plains Conference with Jones Senior, Pamlico County, Riverside, South Creek and Tarboro, all 1-A schools.  Washington is part of the all-2A Eastern Carolinas Conference with Ayden-Grifton, Greene Central, Kinston, North and South Lenoir and West Craven.

“I’m still trying to figure out how they (the NCHSAA) think a 1A program like us or Northside can compete for conference championships against schools twice our size,” Southside athletic director Andrea Quinerly said. “We’ll never back down from anybody, but it’s tough to keep your kids motivated to play when they know that some of the games are basically already decided before they step on the field (or court) because the opponent has twice as many kids to draw from.”

Association by-laws mandate that conferences and classifications be reevaluated every four years to address changes in school populations and to maintain some semblance of competitive balance, while trying to eliminate long bus trips within the conference.

“I don’t think it will stick and I’ll be very disappointed if it does,” Beaufort County Athletic Director Joe Tkach said.  “It seems geography is the most important, but it’s not fair to any of the smaller 1A schools to be paired with that many bigger ones.”

Schools have until January 8th to submit concerns or to suggest adjustments to the first draft. After two more drafts and multiple chances to appeal, The NCHSAA Board of Directors will finalize the realignment plan in mid-February.

“If I had a vote, I would keep our conference an all 1A league,” Quinerly said. “I would be okay with an even split of 1 and 2A schools in the same conference, or maybe even 60/40, but to be one of only two 1A schools? That could do huge damage to our program. I will talk to our coaches about what form our appeal will take, but we are certainly not in favor of what’s in the first draft.”

While the county schools do schedule each other in some sports, Washington and Southside have never met on the football field. The Pam Pack has defeated Northside the last three years and are scheduled to meet in the second game of the delayed fall season on February 20th in Pinetown.

“We are pleased with the first draft because it brings back some familiar opponents which hopefully will lead to some great draws at the gate,” Washington Athletic Director Lane Raper said. “COVID-19 has had a huge negative impact on our athletic budget, so maybe we can make some of that up. North Pitt and Farmville Central have been great rivalry games in the past, so it’s good to have them back. On the other hand, I can see where Northside and Southside are not as happy. It’s a lot tougher being the smaller dog in the fight.”

Tkach, who has served on the realignment committee in the past, said it’s not unusual for it to make significant changes to the first draft after hearing from the schools involved. “Hopefully, they will listen to input and work something out that is better than this first attempt,” he said. “There’s still time to figure out competitive balance.”