A Conversation with Mayor Sadler 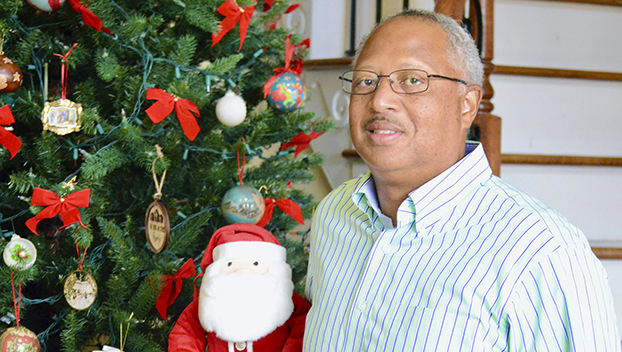 Washington mayor Mac Hodges died of COVID-19 on August 12th, just a few months into his third term. First-term councilman and Mayor Pro Tem Donald Sadler succeeded him and presided over the September meeting. Mayor Sadler sat down for a question and answer session earlier this week. The interview was edited for brevity and clarity.

You were sworn in as a Washington City Councilman just over a year ago. What would you have said then if I told you that you would be mayor a year later?

I would have told you that you had lost your mind. Even after the rest of council I voted me Mayor-Pro Tem, I never thought of being the next man up. I thought Mac would be mayor forever and I was just trying to find my footing on the council. I just saw Pro Tem as a title. Mac was my friend for over 30 years, and I couldn’t believe it when he passed. Like everyone else, I was very sad and thought it shouldn’t have happened.

Your first meeting as mayor was in September, so you’ve presided over four.  How has it been to follow Mac Hodges?

His are big shoes to fill without a doubt, but it’s been a positive experience because the community has embraced me and it’s easier when I know I have their and my fellow councilpersons’ support. Mac and I shared similar views on how to keep Washington moving forward. We both want Washington to be inclusive, progressive and together.

How is your personality different from Mac’s?

Bear never met a stranger. He had that outgoing personality that made people gravitate to him, while I’m more laid-back. I stand back and take notes and am not as outgoing, but I am approachable. I do enjoy meeting and talking with people, but my personality is different. Mac was one of a kind and I’m my own person. As people get to know me, I think they’ll realize I’m a nice person and easy to talk to. I’ve never sought attention, but I’m comfortable with it. I’ve always enjoyed working in the background to get things done. I’m learning to come out of my shell more and to be more visible. I’ve always been involved, so I know what issues we face, but it’s my first time out front.

What about being mayor is different than you thought it would be?

I’ve always followed local government, but more as a citizen than a participant. I had opinions, but now I have a say-so in what happens. People listen to me now, so I have to remember to think about what I say before I say it. I was a magistrate for 32 years, so that was good training for being mayor because I’ve dealt with people from all backgrounds with all kinds of different issues. I’ve learned to slow down and listen to people before I speak.

Floyd Brothers was Washington’s first Black mayor back in the 1980’s. He took office under similar circumstances when the presiding mayor died. What does it mean to you to be second 40 years later?

I think it’s important to show that Washington cares about diversity and being progressive. It’s exciting for the Black community to see one of their very own  move into the top leadership position.  I grew up in public housing on 9th Street and it shows young Black males maybe in a similar situation that they can have the same opportunity. People paved the way for me growing up, so I hope I’m doing the same thing for others. I think the white community is fine with it also because it shows that Washington has moved beyond certain times and that we are a progressive community.

Tell us about your role models growing up and your family today.

I was 13 or 14 years old and my friends and I were riding dirt bikes on the street and messing around like kids do and two police officers, Fenner Chapman and George Stokes, started talking to me about becoming a police officer. They wanted me to ride around with them to see what it was like, so I did. I went to Beaufort County Community College to study law enforcement, then started at the Beaufort County Sheriff’s Department when I was 21 and rose through the ranks to sergeant. I stayed five years and became a magistrate.   My wife, Alice Mills Sadler, is a Washington native as well. She is a retired educator and served as the first Black female county commissioner from 1993 to 1999. We have one son and grandchild who live in Durham.

What role should a mayor have within a community?

Growing up here, it seemed like the dividing line was Market St. (that runs north and south). White folks lived on the east side, with Blacks mainly on the west. I want to be a part of continuing to bring the city together. I want people to see that we can fellowship together and enjoy Washington together.

How have you made the mayor’s office yours during your short tenure?

I’ve shared some of my ideas with the council and city manager about where I want the city to go and projects that we need to continue working on. In the next six months P.S. Jones Memorial Park should be developed, sidewalk improvements within the city should begin that will connect different areas and drainage improvements around the medical park will be addressed with a $3 million grant from the Golden Leaf Foundation.

Since the downtown streetscape project is complete, are you focusing on other areas of Washington?

We have one of the best downtowns in Eastern North Carolina and it’s very important for it to stay vibrant. We have to look at developing north of 5th Street now. When I was running for council people told me that we had spent enough money on improving downtown and asked me what I was going to do for the rest of Washington. Our recent contract with ElectriCities to recruit retail businesses should help with that. All of Washington needs to grow. The council and city manager share the same view, which makes it much easier to move ahead.

Are you thinking about running for mayor again when it’s time?

I am. I’d like to see some of the projects that will start early next year get finished while I’m mayor. Hopefully that will create more projects, so the city continues to grow. Since I’ve been in my role, it seems like my mind is always going with ideas on how we can improve different areas of the city. When ideas come to me, I’ll email Jonathan (city manager Russell) and my wife tells me to give him break because he has a young family and doesn’t want to think about work all the time. I tell her I have to while I’m thinking about it or I might forget.

You and your wife grew up in Washington. Did you ever think about leaving?

We did at one time think about moving to the Raleigh-Durham-Chapel Hill area, but we always found a reason to stay in Washington. It’s home and that’s fine with us.