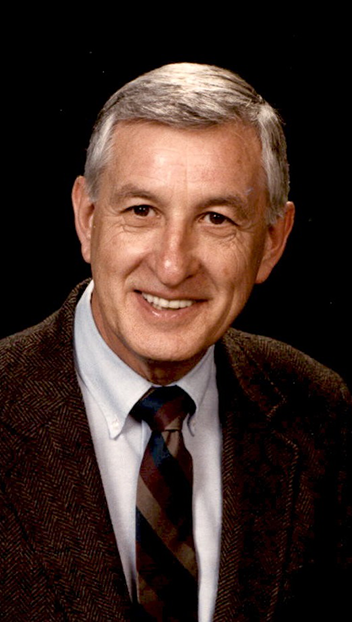 A private Memorial Mass will be held at Mother of Mercy Catholic Church and will be conducted by Father Michael Schuetz. The family will have a private interment at Oakdale Cemetery.

He was born in St. Paul, Minnesota, on October 1, 1928, the son of the late Ewald Henry and Theresa Sterner Lueck.  He was a graduate of St. Thomas College, the University of Detroit, and Wayne State University where he received a PhD in Chemistry.  After thirty-three years industrial research with Monsanto and DuPont he taught Chemistry at Beaufort Community College for ten years.

He is survived by daughters, Dr. Therese Lueck (Thomas LaPlante) of Ohio and Frances (Ted) Phillips of Virginia, sons James (Katrina) and C. Christopher (Julia) of North Carolina, and six grandchildren.  He was preceded in death by Sheila, his loving wife of 63 years, sons Thomas (Linda) and Daniel.

The Lueck family would like to thank Golden Way Home Care, whose kind and attentive care enabled Charles to live in the comfort of his home.

Flowers are appreciated but in lieu of flowers a memorial may be made to the St. Vincent DePaul Charity, c/o Mother of Mercy Catholic Church, 112 West 9th Street, Washington, NC 27889.

Condolences may be addressed to the family by visiting www.paulfuneralhome.com

Paul Funeral Home & Crematory of Washington is honored to serve the Lueck family.