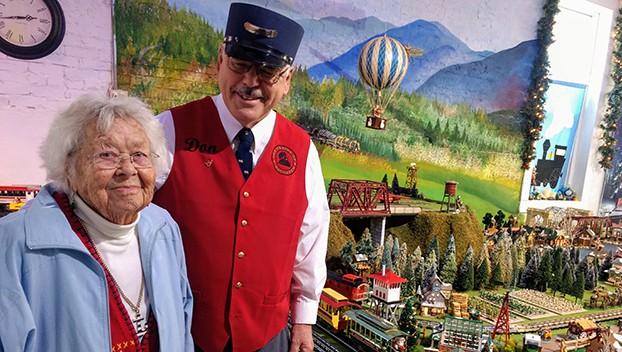 SPECIAL DAY: Lyndell Wahab will be honored by the Town of Belhaven on her 100th birthday.

A resolution to make Jan. 25, 2021, “Lyndell Wahab Day” was adopted by Belhaven’s Board of Aldermen on Monday.

Wahab, the town’s oldest resident, will celebrate her 100th birthday on Jan. 25.

“At her age, she is still very sharp minded,” Mayor Ricky Credle said. “When I told her what we were planning to do for her, she was speechless.”

Born Frances Lyndell Mariner on Jan. 25, 1921, Wahab has lived in Belhaven since she was a child. She graduated from John A. Wilkinson High School in 1939 and married Belhaven native Leigh Wahab in 1941.

The Wahabs dedicated themselves to the community. The couple’s two sons were born and raised in Belhaven. After an accident left her husband unable to work, Wahab took over for him at his job with the U.S.  Postal Service at its office in town. She worked at the Belhaven office for 25 years before retiring.

Following her retirement from the Post Office and her husband’s death in 2002, Lyndell Wahab continued to be an active member of the community. She is currently involved in church activities, and she also collects stamps, reads and visits with residents in the town, and lives independently at her home in Belhaven.

Planning is underway to honor Wahab, and details will be announced at a later date.