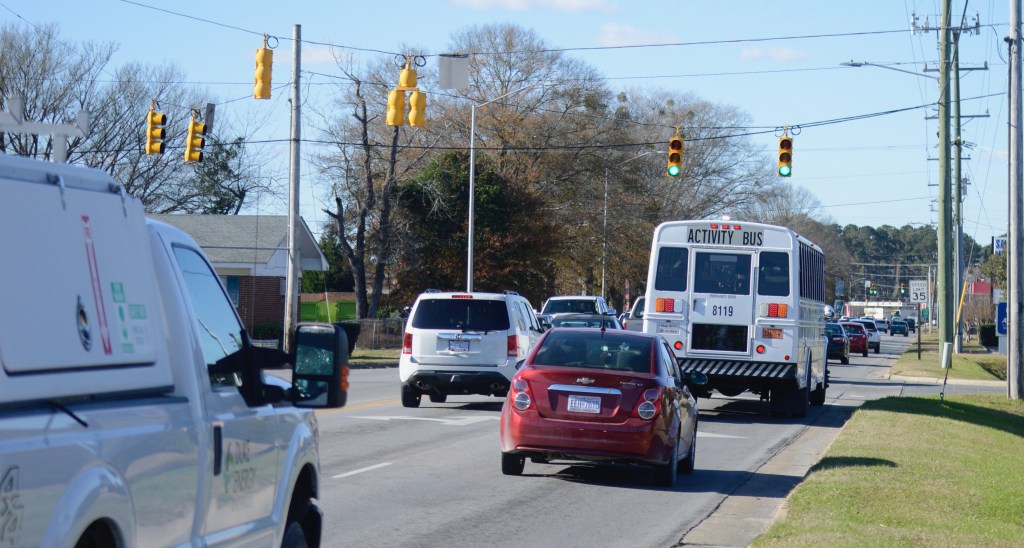 HIGH TRAFFIC AREA: The Washington City Council has started the process to improve 15thStreet between Carolina Avenue/U.S. 17 and Brown Street. The end result will be to improve safety and make the road easier to navigate.

The City of Washington has opened a public comment phase designed to hear citizen’s opinions about how to improve 15th Street before the project begins rather than after the fact.

Ways to engage the community include focus groups, public design workshops, a virtual public symposium and an online survey to gather citizen input.

Various plans to revamp the corridor between U.S. 17/Carolina Avenue and Brown Street have been floating around for years.

A previous council voted down the state Department of Transportation’s most recent proposal four years ago after opposition from residents and business owners along the route. The project involved making 15th into a superstreet that closed access to side streets, limited left turns into various businesses and involved condemning pieces of property on both sides of the road.

This time the city is in the process of taking proactive steps to come up with their own plan that includes citizen input to finally do something about what all parties involved is a dangerous road.

“The first step was to hire Stantec Consulting Services to start the design phase,” said council member Betsy Kane. “They know what DOT considers to be a good project through working with them on several different ones around the state. The next step is to invite public comment, so people feel included in the process and that their ideas matter. We know we have to do something to improve safety in that area and gathering input is part of the process to figure out a plan.”

DOT will have major input on any plan the council creates since they will end up paying the final tab. The federal government will cover about 80 percent of the cost, with the state picking up the other 20 percent. The City paid Sentech $75,000 to get the project going. There are many road projects in the state pipeline, but according to Kane, Washington didn’t lose its place on the priority list because of the no vote four years ago.

“Other current and former council members, including Roland Wyman, have worked very hard to keep us on the DOT radar and it’s worked,” Kane said. “We know getting to the top of the list takes years, but we’re hoping to come up with an efficient, cost-effective project that will get their attention so we can jump closer to the top of their list.”

Kane said the previous attempt included widening the road and redoing utility lines and pipes. She’s optimistic that the new version won’t be as intrusive.

“I think it’s possible to come up with a workable solution within the existing road,” she said. “We know we don’t want a superstreet that has a negative impact on homeowners and businesses while costing multi-millions of dollars. We have to start somewhere, so we’re hopeful we can have a plan in place six to eight months from now. I think this is the most important project I’ll work on during this council term and it will affect us all for the next 50 years at least. That’s why it’s so important to get it right.”

The survey can be found on the City of Washington page on various social media platforms or https://www.washingtonnc.gov/residents/15th_street_project.php.