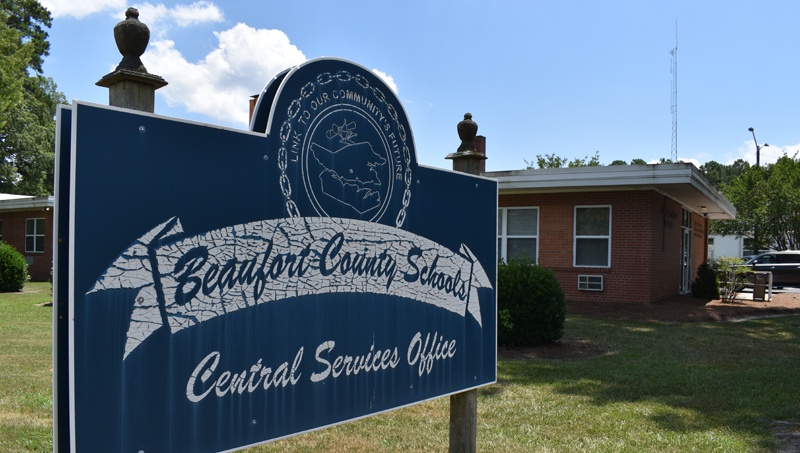 With the termination date of the district’s memorandum of understanding with the Beaufort County Sheriff’s Office rapidly approaching, Beaufort County Schools’ administrators are looking at other options for school resource officer services.

It is through that memorandum that the Sheriff’s Office provides deputies who serve as SROs throughout the district. Citing operational repercussions caused by the Beaufort County Board of Commissioners “defunding” his department, Sheriff Ernie Coleman in November 2020 informed Beaufort County Schools Superintendent Matthew Cheeseman of his intent to terminate the agreement within 90 days.

Around that time, Coleman told Cheeseman that the district should “plan to go in a different direction beyond Feb. 1.” The deputies will remain in the schools until the end of the current school year. Assuming a new memorandum of understanding isn’t negotiated, the district will need to find a security contractor prior to the 2021-22 school year.

Cheeseman told the school board Tuesday that, at the next board meeting, he will give them copies of a request for proposals for “school resource officer opportunities” that will be advertised within a 30-day window following that presentation. Once the proposals are received, a recommendation on which applicant to choose will eventually be made to the school board.

“By the end of February, we’d like to see if the board would be willing to act on the recommendation,” Cheeseman said. “That would give you four months for the new company to hire and train sworn police officers in North Carolina, to start July 1.“

In a letter he recently sent to Frankie Waters, chairman of the board of commissioners, Coleman said he is willing to meet with the commissioners and the school system to discuss this issue and attempt “to come to a solution that works for each entity.”

Cheeseman said Waters told him Tuesday that the commissioners are interested in providing funding for a third-party security contractor starting in July.

“(Waters) did recommend and ask that we consider going back to the table with the county commissioners, the Sheriff’s Office and the board of education to talk about a future dialogue together,” Cheeseman told the school board

“I told him that I’d run that past you, but I felt as though, based off what you’ve already told me, we’re heading in a different direction. With that, we’re moving forward with it.”