Legislators react to riot at US Capitol building 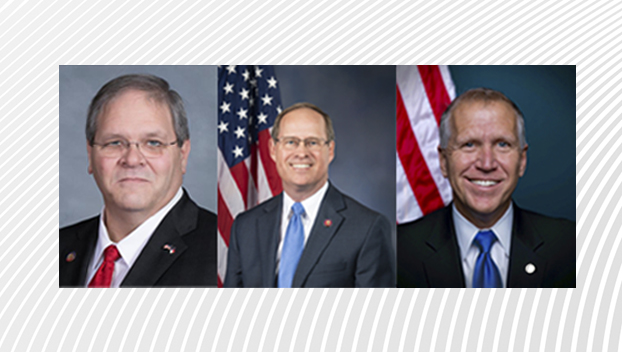 Four people died in the riot, including a woman Washington, D.C., Police Chief Robert Contee said was shot by U.S. Capitol Police. The other three died of “medical emergencies.”

Many of Beaufort County’s state and national legislators shared some thoughts about what happened at the Capitol.

N.C. House District 79 Rep. Keith Kidwell said it was “horrible” to learn of the four deaths.

“I know at least one of them was shot by Capitol Police, and I’ve got great respect for the police,” Kidwell said in an interview Thursday. “I think we need to look in to see what happened with that, how we shot somebody who was unarmed. Looking at the videos I saw, I did not see much in the way of violence going on at that particular time at that location, so I don’t know how that transpired.

“People are upset that we have folks telling us there was zero fraud in the elections, and I think that is just an insult to people’s intelligence,” Kidwell added. “I don’t know that there was enough to change any of the elections, but I certainly think that any thinking American believes that there were some incidences of fraud.”

Kidwell says he plans to work on legislation that secures North Carolina’s election infrastructure from fraud or hackings.

The Washington Daily News sent a request for comment to N.C. Sen. Ernestine Bazemore on Thursday afternoon, and hadn’t received a reply as of that evening. This article will be updated if and when Bazemore responds.

“Let me first and foremost, in the strongest way possible, condemn the anarchy and violence that has beset our Capitol today,” Murphy said in a press release. “As I have said many times peaceful protests are one of the most meaningful foundations of our democracy. However violence like today or any type of violence like looting and burning in protest is not to be tolerated.

“We were having meaningful debate in the House chamber regarding beliefs about the United States Constitution and possible violations of it by certain states. That meaningful dialogue has now been destroyed and marred by this violence. This is not how America operates. I am ashamed of this horrible behavior.”

“I proudly back the blue and support law and order, which is why I condemned the violence that took place in cities across the nation this summer,” Tillis tweeted Wednesday evening. “It’s a national disgrace to have a mob attacking Capitol Police and engaging in anarchy. This is not what America stands for.”