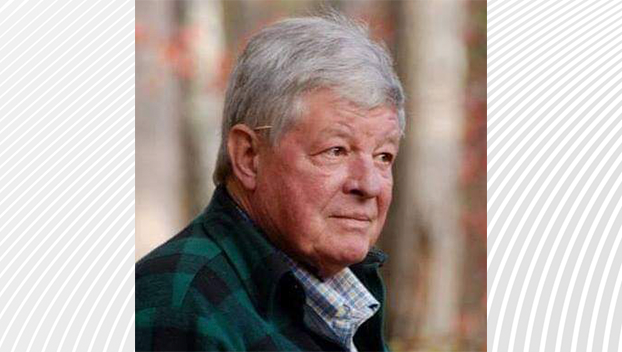 “Bo” was born into this world on May 16th, 1945 to Vivian and Booster Tex Lindsey and sister Wynne. He grew up in Plymouth N.C., graduated from Plymouth High School and spent a few years at Elon College. He joined the National Guard and married Linda Greene a native of Shelby, NC. They lived in Gastonia and then moved to Plymouth with their two children Julie Anne Lindsey and Booster Tex Lindsey III. For the last twenty-three years, he and Betty Jane Green, his best friend and companion have shared a life together in Washington, N.C. He was a “Father” to her son Josh. He has been a grandfather to Grace Lindsey Glass and Booster Tex Lindsey IV.

There were three places that you could find Bo Lindsey on a daily basis: outdoors, in his kitchen or at the kitchen table.

He loved the natural sciences. Whether it was out in the yard creating flower beds or walking the garden path to check on his plants, he was outside. Julie recalls, “I can still remember the salmon impatiens and caladiums he would plant every year. He passed down his love of plants to me and would send me moonflower seeds in an envelope that he had taken off his plant and then I would plant and share back with him. He was always wanting to show me something new in his garden.” Bo was attracted to plants that were native of Eastern N.C. and in the last few years had fallen in love with different varieties of cyclamens that he grew as a ground cover under his redbud tree. Bo also loved to spend time at Lake Phelps. He enjoyed taking the kids fishing and hunting on what used to be First Colony Farms.

One of Bo’s favorite things to do was to cook and share his amazing meals with you. He did not only cook but he would experiment and “tweak” his own recipes until they were perfect. Whether it was cooking for the kids when they were growing up (sometimes he would not only cook one dinner but two, one for the family and then a second for whoever might walk in later) or cooking a daily meal for Betty Jane (he learned to cook some Polish dishes for her); he got so much joy out of making something good for you to eat. Some might remember the convenience store he had across from Plymouth High School in the late 80’s. He was known for his “Bo Dogs” and even got coined the name “Bo Dog” by some of his customers. Some of Bo’s favorite dishes were BBQ Shrimp, Pot Roast, Collards, Vegetable Beef Soup, Hamburger Steak with Tomato Gravy and Buffalo Wings.

Bo was an entrepreneur. He would spend hours sitting at the kitchen table with his legal pad writing, putting down on paper whatever brilliant concepts were in his head. He would get an idea, research it, test it and then put it into action. A lot of his ideas had to do with by products and what local manufactures considered waste. Some of these that he worked on and developed were peat pellets, wood pellets for alternative fuel and crab shells that were turned into livestock feed. After he retired, he started a Peanut venture called “The Real Thing” or aka Bo’s Nuts. Again, he perfected through testing and experimentation until he produced the perfect fried peanut. He then marketed his product to local hardware, grocery and convenience stores across Eastern N.C. He enjoyed driving his rural route with its beautiful landscape as much as getting out and seeing his customers.

Bo Lindsey was a unique person. A compassionate person, a gentleman. Very gifted in the sciences, a lover of the natural world but a people person too. A romantic at heart. He was a prankster and he loved a good laugh. He was a man of faith who knew the love of God. He was a member of The First United Methodist Church in Plymouth.

A future memorial service will be planned to honor his life.

Condolences may be sent to the family by visiting www.paulfuneralhome.com

Paul Funeral Home & Crematory of Washington is honored to serve the Lindsey family.