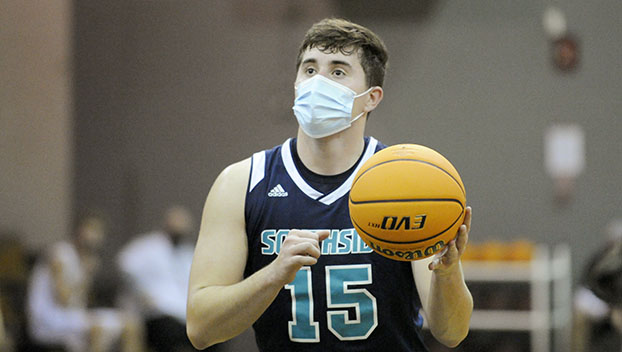 It’s been five years since the Southside boys have competed in the state playoffs. Second year head coach Davelle Whitney is planning on returning this year.

The Seahawks finished 9-13 last year and 5-7 in the Coastal Plains 1A conference. That’s a significant improvement from the 12 combined victories in the previous three seasons.

Southside found success earlier this decade with four straight trips to the state tournament from 2013-16 and Whitney thinks this year’s team has a good chance to make it back despite graduating five seniors and not having four juniors from last year’s squad.

“I know COVID-19 has had a huge impact on everybody, but it’s really affected our roster,” Whitney said. “Remote learning has been really tough on some of our guys and it’s hard to stay in contact with them when they are physically here at school a couple of times a week, if that. I know they would have played if things were normal, but that’s not the case.”

Consequently, the Seahawks start the season with five returning players and five new ones. Everyone contributed to the 74-63 season-opening victory at Northside Tuesday and Whitney had four players in double figures.

Southside stretched a one point lead starting the fourth quarter into a 16-point advantage before the Panthers staged a mild comeback in the final minute. Several Seahawk baskets during the closing spurt came after steals.

“We are a defense-first team, so I was glad to see that” Whitney said. “We want to guard closely and get in the passing lanes so we can grab it and get into transition. We have the overall team quickness to play that way, but we have to rebound also. I was happy with the way things went Tuesday and it’s always good to beat your rival in their house.”

Tuesday’s opener was also the first time both teams and coaches wore masks during a game. The North Carolina High School Athletic Association mandated face coverings from the first practice in December, but this time it counted.

“It was tough but both sides had to deal with it,” Whitney said. “Our guys got tired, but the one minute timeouts during each quarter helped. It’s definitely a challenge and I think it will be a factor in what teams are still playing at the end of the season.”

Southside will play a 12-game, conference-only season and there won’t be a league tournament. Pamlico County and Riverside are the traditional powerhouses, but Whitney thinks his team can compete.

“If you can beat one of them once out of the four regular season games, it’s a big deal,” Whitney said. “This year, we might be able to do better than that. We are athletic and have good team quickness. The kids have responded well to all the things they’ve had to deal with to even have a season and have bought into what we are trying to do. If we don’t have any COVID setbacks and keep working, this has a chance to be the best team we’ve had here in a while.”