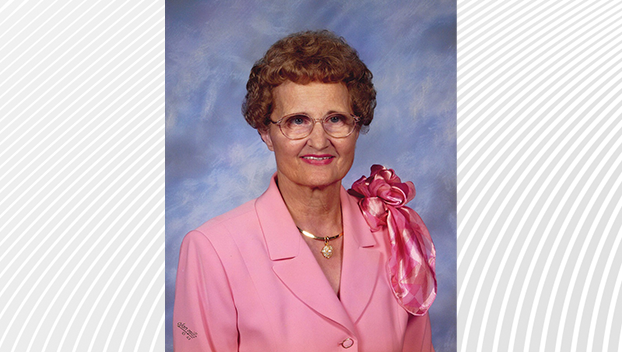 Vivian Ann Cordon Thompson peacefully passed away surrounded by loved ones in the early morning hours on Friday, January 8, 2021.

A grave-side service will be held at Oakdale Cemetery on Sunday, January 10, 2021 at 2:00 p.m. and will be officiated by Ray West and Steve Hill.  Pallbearers will be Seth Holt, Glen Moore, Brian Holt, Andrew Duncan, Tyler Cahoon, and Mikeal Swenson.

Ivey and Vivian were married in St. Clair’s Church of Christ on July 2, 1950 and were happily married for 50 years.  As a young army wife, Vivian spent the first 25 years stationed with Ivey across the continental US and Alaska and has resided in Washington NC since 1969.  They joined First Church of Christ in Washington, NC in 1965, and over the past 55 years, Vivian served her Lord as a youth sponsor, Sunday School teacher, choir member, church librarian, and member of the Mission’s Committee.

A founding member of Central India Christian Mission (CICM) Children’s Ministry based in Damoh, India, Vivian served as a Board Member, along with Drs. Ajai and Indu Lall, and as Ministry director and coordinator.  During the past 46 years, Vivian opened her home to over 500 individuals in Christian ministries.  Devoted to helping those less fortunate, Vivian will forever remain a beacon of light for missions and missionaries around the world and within her own community.

As an avid traveler, Vivian had visited over 55 countries on six continents, instilling a love of travel and history in all her children and grandchildren.  She was exceedingly proud of her Scottish heritage, having been to Scotland and England on least 15 separate occasions.  Her hidden passion was for British Premier League soccer, specifically Manchester United.

At the time of her death, Vivian resided at the home of Tyler and Shellie Ann Cahoon.

A most beloved Mother, Grandmother, Great Grandmother, “Nuther-Grandmother”, Aunt, and friend, Vivian will always be a guiding light to those who have had the joy of knowing and loving her.  Go with God Mom…

Family will receive friends following the service at Oakdale Cemetery.

Paul Funeral Home & Crematory of Washington is honored to serve the Thompson family.