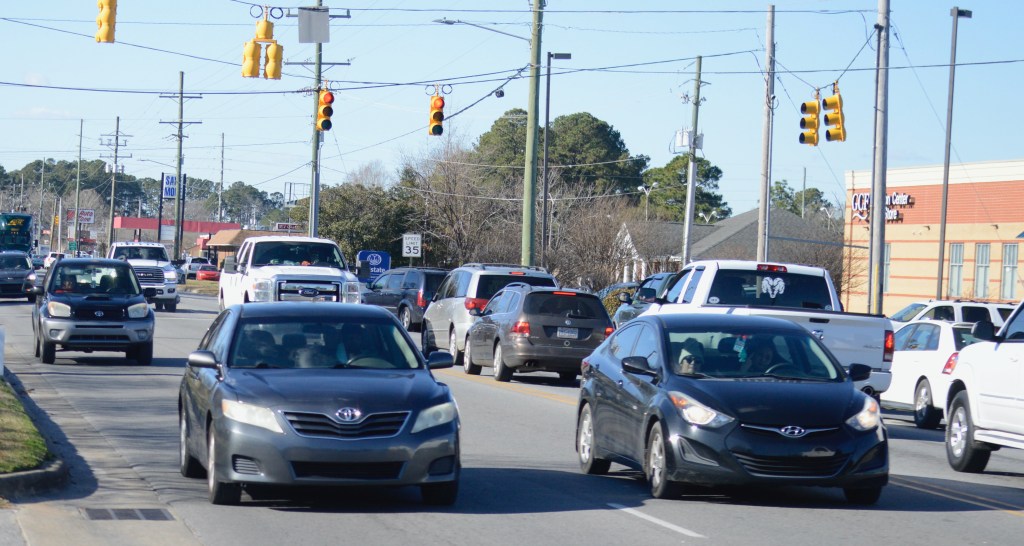 As discussions continue on how to improve 15th Street, the project’s lead engineer thinks a viable plan that doesn’t include widening the road will emerge.

Stantec principal engineer Mike Rutkowski said during a virtual meeting Tuesday morning that the chances of condemning property to expand the route are slim to none.

“We’ll know exactly where the right of way is after we finish the survey and there might be cases where we have to push back to curb to improve an unsafe intersection, but I think going outside the right of way would be problematic. We think we can come up with a great design inside the current roadway.”

The City of Washington hired Stantec two months ago to develop a plan that the North Carolina Department of Transportation will approve and pay for to redesign what officials call one of the most dangerous roads in the state.

“We actually have crash data from the last three to five years to back that up,” Rutkowski said. “Drivers have a 145 percent greater chance of being in an accident on 15th Street between Carolina Avenue and Brown Street than if they were on any other comparable road in North Carolina.”

The city council voted down a DOT proposal four years ago that would have condemned land and widened the route. Vocal opposition from some business owners and residents led to the decision, so the city wants a process that involves stakeholders before the fact this time.

Rutkowski said the project’s public input phase has exceeded his expectations and more options to hear from residents are scheduled.

“We’ve had 253 online surveys completed and 150 people have used the interactive map to leave comments on what areas are the most problematic,” he said. “That’s a tremendous response from a city this size and hopefully they will keep coming.”

The next step is a public symposium on Jan. 21st to gather public input and comment. After that Stantec and city officials are hosting a three-day design workshop that will be open to the public in mid-March, followed by approving the final concept to present to the DOT in mid-May.

“It’s vastly cheaper to build within the existing right of way than to condemn and widen,” city councilor Betsy Kane said. “Hopefully, the DOT will approve our plan so we can move forward to the next phase. We didn’t lose our place in line from four years ago, so we hope a smaller, less expensive and better plan will be approved so we can continue to go forward.”

Rutkowski thinks the final design will be a vast improvement but knows the journey won’t always be smooth.

“There’s no silver bullet and there will be tradeoffs and impacts because we are trying to retrofit a problem corridor,” he said. “We want a road that allows drivers to shop, go to restaurants and spend money in a safe manner. I think we can design something that will make 15th Street safer and better for all parties involved.”