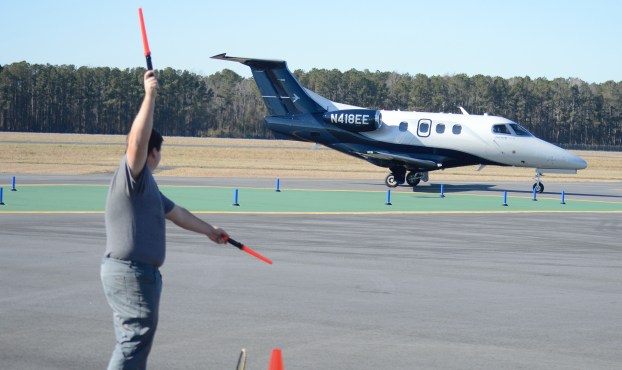 Washington-Warren airport poised to take off

Business has improved at the Washington-Warren Airport, according a new aviation report from the North Carolina Department of Transportation.

The report that was first issued in 2019 and updated this week shows growth in jobs supported, personal income generated, state and local taxes paid and economic output.

The initial report relies on data from 2017, while the update reflects 2019 totals, before COVID-19.

The numbers show the airport generated $23.3 million worth of economic output, a $1.13 million increase over two years, added 25 more jobs supported for a total of 205 and generated $56,000 in additional state and local taxes for a total of $925,000.

The numbers are based on a complex formula to show the estimated impact the airport has on Beaufort County.

“The change from three years ago is night and day,” Airport Manager Earl Malpass said. “The city made a $6.2 million commitment to upgrade the facility to attract more business and it’s paid off. COVID hit us hard, just like it did in the rest of the aviation industry, but we’ve seen an uptick in revenue over the last three months or so. Fuel sales took a real dive but rose to pre-COVID levels in the fall and are actually ahead of pace right now.”

While 205 people don’t actually work at the airport full-time, the numbers include the pilots, mechanics, doctors, flight nurses and paramedics who provide around the clock staffing for Metro Aviation’s Vidant medical transport program, students and instructors for the military flight training programs that include the MV-22 Osprey, personnel who support corporate and private jets along with civilian flight training programs.

“Most if not all those people either live or spend a significant amount of time in Beaufort County and the surrounding area and spend money while they are here,” Malpass said. “We are the closest General Aviation airport to the coast that sells fuel and word is getting out about the expansion and refurbishment to our runways, taxiways and tarmac. We’ve gone from having among the worst pavement in the state to among the best. During natural disasters, the governor has flown here from Raleigh, then gone up to survey the damage in a Blackhawk military helicopter. Our location is tremendous, and we are marketing it that way.”

Malpass cited a new hangar built to house multi-million dollar private planes as one example of the upward trend.

“We built it without a tenant, then Rise Properties of Greenville rented it to house their corporate jet. They know our amenities and services are first class and we’re planning on word getting out.”

The city has used money from the general fund to subsidize the airport’s budget since it opened. With revenue trending upward in most categories the next step is self-sufficiency.

“We hope to head in that direction once COVID is behind us,” Malpass said. “We’ve heard from many companies in the last few months who are interested in doing business with us when things return to normal. We’ve stepped up our marketing effort in the regard to let everyone know we are open for business. We think the sky is the limit.”

Plans for the second phase of the Moss Landing development are causing some concern about whether there will be a... read more