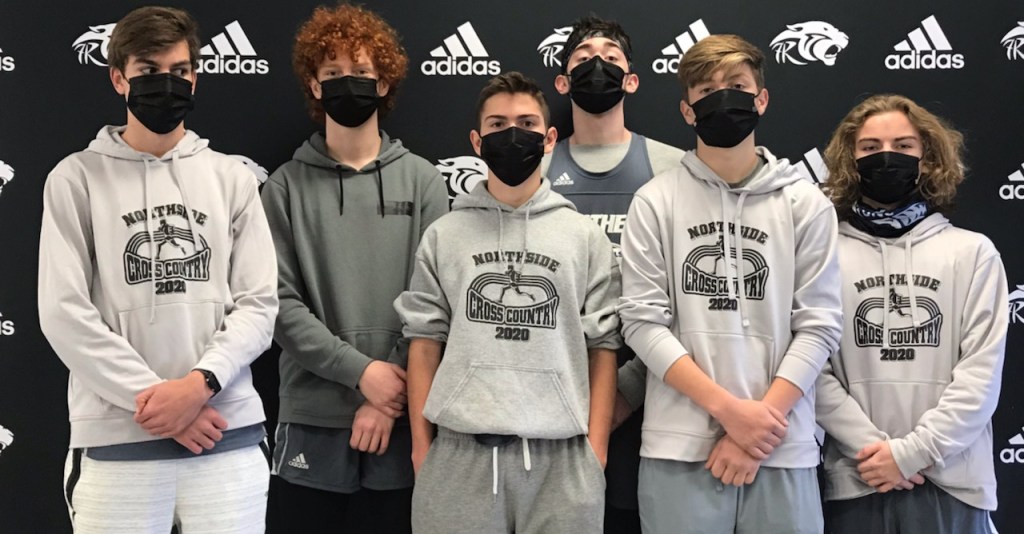 Northside cross country coach Bob Girani might be the first to use a well- known basketball slogan in reference to his runners.

“We going to the Big Dance,” Girani said after his boys team qualified for the 1A state meet Saturday morning in Kernersville. Senior Caroline Boyd finished fifth in the girls race and will run as an individual this weekend. She competed as a freshman in 2017.

“I told the kids after the race that I don’t need to wear shoes because I’m walking on air and my feet haven’t touched the ground. I’m on a high out here.” Girani said, whose boys team last competed in the state meet in 2017. “I’m so proud of all our boys and Caroline for running their best race. Everyone set a personal best and that’s all I can ask. The kids really picked it up.”

Cross country season started in July because schools weren’t sure when the season would actually start because of COVID-19. The season was pushed back twice after workouts began and runners wound up competing in colder conditions for the first time as the season normally ends in early November. It makes for a long season, but also gives a chance to round into better shape for the final push.

“The kids started to burn out a little earlier in the year, so I changed some things at practice,” Girani said. “It helped get them mentally prepared while they were building endurance. They have been a great group who have given phenomenal effort.”

The Panthers were third in the conference meet and third in the regional. They are among the top 12 1A boys’ teams competing in Saturday’s state meet at the Ivy Redmon Sports Complex. The boys and girls’ races are divided into heats to prevent the spread of COVID-19. The first boys race starts at 2 p.m. with the first girls race at 3:30.