Poisonous plants to avoid with animals 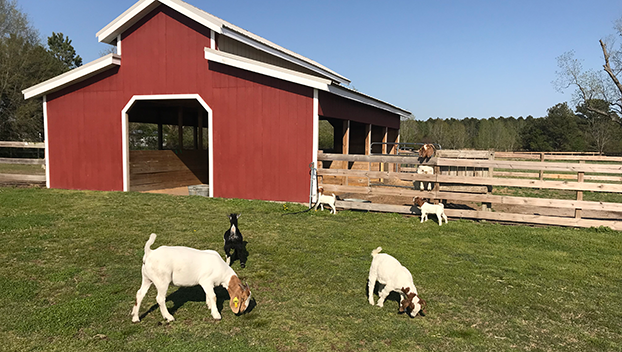 FALSE ASSUMPTION: Goats may eat anything, but make sure to keep them away from plants like Night Shades or Buttercups which are considered poisonous and can seriously harm the goat. (Photo submitted by Wendy Stancill)

My son has participated in the 4-H Livestock Show and Auction since he was 6 years old. My wife and her family participated in and supported the show through 7 children! This is a great event that teaches children responsibility, work ethic, and a little about business. The children first pick the animal they want to show. In most counties they can pick from a pig, goat, or lamb and some counties they can show steers. A few of the kids show multiple animals. There are three main classes in which they compete, Cloverbuds, Juniors, and Seniors.

The children must attend a mandatory showmanship clinic to know how to treat their animal, care for their animal and how to train their animal for the day of the show. Parents are required to attend a meeting that teaches them about how the show works, the animals, and what to expect. On the day of the show, the kids hit the show ring with their animals and display all of their hard work in front of a judge. The judge ranks the participants and animals according to showmanship and/or marketability of the animal (i.e., how good the animal looks for market). The show winner becomes the Grand Champion when the animals are auctioned off later in the evening. The Grand Champion sets the stage for how all of the animals in a class will be sold, none can be sold higher than the Grand Champion. Area businesses, friends, and family are invited to bid on the animals.

My son has shown a pig for the last seven years now. He has had some ups and downs in the show during that time! Our pigs are kept in an inside pen with straw to keep them warm. When he trains them, we make a mock show ring so that the animal can get used to being led around in open spaces without being startled. I honestly do not know much about how the other animals are kept because I have never experienced them first hand.

A great call came in this week about poisonous plants. The caller was preparing to house her children’s animals for a 4-H livestock show by creating a pasture for their goats. They called Extension to find out if there are any poisonous plants that they should be concerned about. Typically, when we think of goats, we think they are capable and willing to eat nearly anything. This is not entirely the case as can be seen in Extension Publication, “Poisonous Plants to Livestock – Meat Goat Notes” (https://go.ncsu.edu/poisonplantstogoats). The answer is Yes, there are multiple plants that can harm goats! These plants can be found in the natural landscape such as Night Shade or Buttercups. They can be found in our ornamental plantings in plants such as Hellebores or Oleander.

This can be applicable to pets that use your yard as well. We have a Chocolate Lab puppy that is constantly eating my roses for some reason. I have tried to get her to stop but every now and again, I catch her stripping the leaves off the stems. I have no idea why and thankfully, that is not on the list of poisonous plants or we would be in trouble!

If you have a question about livestock, food, crops, or plants look no further than your local Extension Center! Do you need help growing in your home landscape, call the Extension office at (252)946-0111 or email Gene at gene_fox@ncsu.edu. 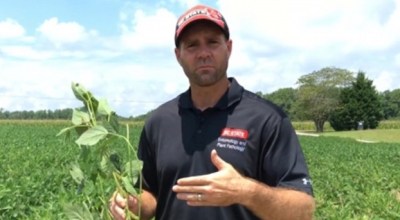