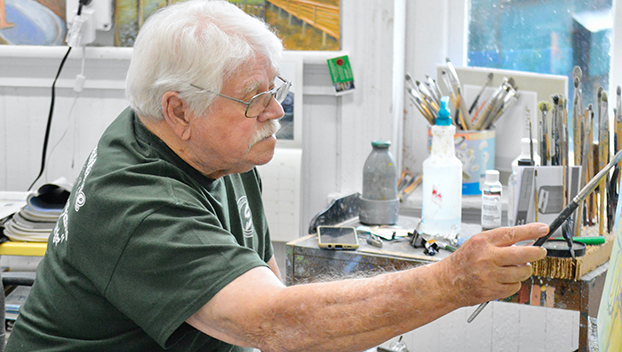 Art Tyndall creates his latest work in the Plein-air style in his studio at the end of Harris Alley in downtown Washington. The 80-year-old local artist has been painting scenes from around Beaufort County for the last 30 years. (Steve Barnes/Washington Daily News)

Uncle Sam gave young Arthur Tyndall an unwitting future career boost when he joined in the late 1950s fresh out of high school in Sampson County.

The Army called him Art. Nobody knew it at the time, but the grown-up Art Tyndall would become synonymous with the craft he chose as a post-retirement hobby.

“I started fooling around with it when I was 50 years old and haven’t stopped,” the 80-year old Tyndall said. “I was the sales manager at the Crisp RV Center, and we were closed a couple weeks for Christmas. I get bored easily, so I went down to the hobby shop that used to be in downtown Washington and bought a painting kit. I made a mess on the kitchen table and have been painting ever since.”

Tyndall picked up drawing in high school, mostly to impress girls. He liked cars, so he started making sketches.

“I was mainly interested in girls and cars back then and not much for books,” he laughed. “The girls were impressed in some cases, sometimes not. My mother said I had a talent for drawing, but I don’t know where it came from. Nobody else in my family was interested in art except me.” 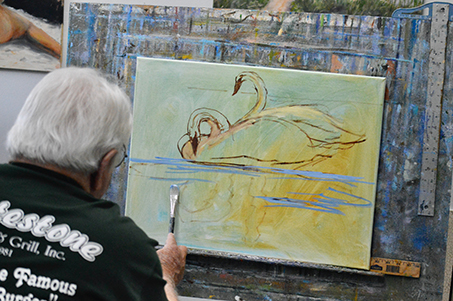 Art drew Tyndall’s full focus when retirement beckoned in 2006. He decided to open a studio on Water Street across from the old Maola ice cream building, then had to move next door when the building was condemned after a flood.

A few years later he found his current location further west on Water Street, just across a parking lot from the old spot. Art Tyndall Studio is on the first floor of the old Harris Hardware building at the end of the alley across Main St. from the Turnage Theater.

“My wife (Jackie) wouldn’t let me paint at home, so I needed a place to store my stuff,” Tyndall explained. “Painting is a messy business, and we didn’t have room at the house for all the brushes, canvases, paint, frames and other stuff, so it made sense to find a studio. This one has good light, and it gives me somewhere to go every day.”

The Plein-air style combined with oil paints is Tyndall’s specialty. Plein-air translates to painting outside, which he used to do often until recently. Now, he relies on photos of local outdoor scenes to create his work from the comfort of his studio, rain or shine. 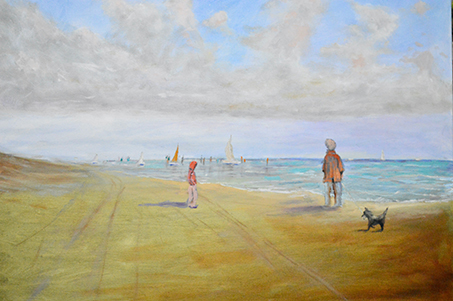 “I used to really like sitting outside and painting whatever appealed to me,” Tyndall said. “There are plenty of places along the river and all over Beaufort County that are really neat to paint. I have a lot of photos from over the years and I can paint those scenes inside and not worry about being too hot or cold or getting wet.”

Tyndall makes the short trip from his home to studio every day except Sunday and makes good use of his alone time.

“I usually paint one a day, sometimes two when I really get inspired. I sell a few now and then, which helps to pay the rent, buy supplies and have a little pocket money.”

Often Tyndall can be found working on a commissioned painting, which can be just about anything.

“I’ve painted beach houses, old farmhouses and barns, schoolhouses and one time I even painted a women’s pet pig. She liked it and I’m tickled when they ask me. It’s a relaxing way to spend my retirement years. My son likes to cut grass and work in his yard. I just like to paint.” 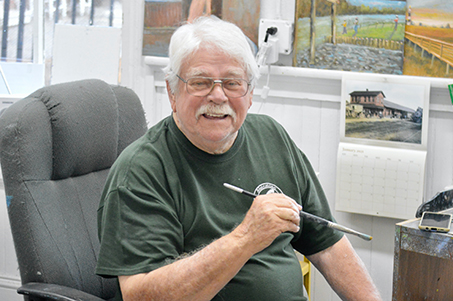