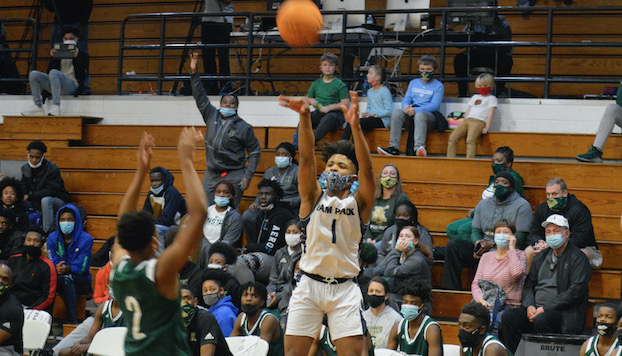 As the calendar flips to February, the already COVID-19 shortened basketball season has turned into a sprint for the Beaufort County high school teams.

A regular campaign that seems like it just started will end three weeks from now, so the post-season can begin. That time is earlier than normal because football season lies just ahead.

“There’s no question this has been an odd year, but it’s all about giving the kids an outlet,” Northside athletic director and boys basketball coach Jared Adams said. “They need to be around their friends and doing something active after going to school online most days.”

The Panthers are 2-4, after a loss to Tarboro, following back to back victories.

“Our defense is much better, and we are working the ball inside more. Hopefully, our best basketball is ahead.” Junior Keifer Boyd leads the Panthers with 13.6 points and 6.6 rebounds a game.

The Northside girls are 4-0, with multiple games rescheduled because of opponents in quarantine. The Panthers have been on the floor three times and won by forfeit against Riverside.

Quarantine has also affected the Southside and Washington High School girls teams as both are sidelined until Tuesday. The Seahawks are 1-0 after a win over Tarboro two weeks ago.

The boys were 3-2 before last night’s home game against Northside. The Seahawks started 3-0 but have dropped two straight games to conference powerhouses Pamlico County and Riverside.

“It has been difficult, and we need to be together to keep learning our new system,” first year coach Neal Carr said. “However, it’s helped them learn to adjust to adversity. They are anxious to get back in the gym and pick up where we left off. Their desire and enthusiasm is there, so we’ll be okay in the long run.”

The WHS boys were 3-0 in the Eastern Carolina 2A conference and 3-1 overall going into Friday’s game at Kinston. The Pam Pack blasted the traditional league heavyweight at home earlier in the season to serve notice that the pecking order could be reshuffled. The Vikings were without UNC signee Dontrez Styles for that game. This will be the final meeting between the two unless they meet in the state playoffs since COVID-19 cancelled the conference tournament.

“On top of the league is exactly where we want to be at this point,” Washington coach David Allewalt said. “It would be nice to have a few more games under our belt, but everyone in the conference has worked really well together to reschedule.”

Senior Omarion Blount leads the team with 19.3 points and 8.7 rebounds per game. Junior Terry Moore is next with 18.3 and six rebounds and adds six assists per contest. Senior Jamauree Bryant is the third player in double figures at 12.3 and grabs 7.3 rebounds per game.

“Our core group is performing well, but they wouldn’t have those numbers without the rest of the guys doing the dirty work,” Allewalt said. “We are a well-rounded team that has improved on our defensive communication and our transition offense has worked really well.”

Friday’s game at Kinston started a stretch of four games in eight days, that will not only double the season output, but bring the playoff picture into sharper focus.

“It’s a grinding test,” Allewalt said of the games against North Lenoir and two with Ayden-Grifton. “It will go a long way toward determining our state seeding line.”