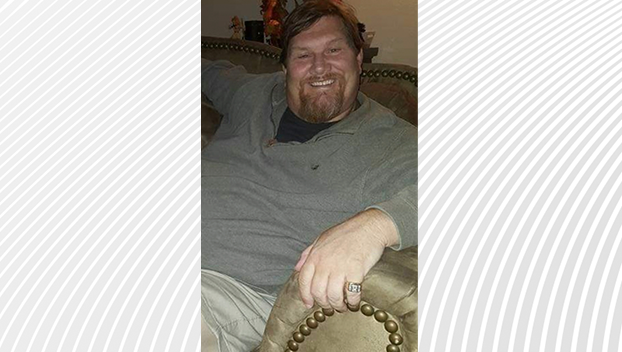 Chad Wilson Woolard, 49, of Plymouth, passed away on February 5, 2021.  Born in Belhaven, NC, to Sharon G. Waters and the late Bruce Wilson Woolard.  Chad is survived by his sister, Tracy Beth Woolard; step-father, John D. (Johnnie) Waters; step-sister, Jonzi Guill; step-brother, John Waters.  Chad was preceded in death by his grandparents Hubbard (Hub) and Anne (Mammie) Griffin and Rufus and Mary Woolard.  He also leaves behind several aunts, uncles, cousins and a host of friends who played very important roles in his life.

Chad was a dedicated son and brother first and foremost.  He treasured his family and friends and embraced every moment with them.  Although he had no children of his own, he was a father figure to many. He was their supporter, friend, protector, Uncle Buck and Woo.

There was never a dull moment while spending time with Chad.  He was a great storyteller and a smooth talker.  His smile was contagious and when receiving a “big bear hug” from Chad you always felt safe and loved. He was a humble soul with an unselfish heart willing to make your problems his own. Chad never met a stranger and to know him was to love him.

He was brought up in Plymouth Church of Christ where he began his love for Jesus.  He continued to display his commitment through his activities at Joyner’s Field, Plymouth Country Club and sports at Oak Ridge Military Academy.  As a man, he began his love for antiquing with his Daddy Hub which later became his passion.  He felt led to help troubled souls which brought him to his participation with Kairos Prison Ministry, a program that takes prisoners on a journey that demonstrates the love and forgiveness of Jesus Christ.  God also led him to Florida where he continued to witness and impact lives.  Even now, his decision to be an organ donor through LifeLink Foundation, Chad has given the gift of life to two individuals that will be impacted forever.

A memorial service will be held Saturday, February 13, 2021 at 2:00 p.m. at Plymouth Church of Christ with Jay Hardison and Bob Moulden officiating. Family will receive friends at the church following the service and other times at the residence.  Face masks and social distancing are required.

Arrangements are by Maitland Funeral Home, Plymouth.  Online condolences may be made to the family at www.maitlandfuneralhome.com.