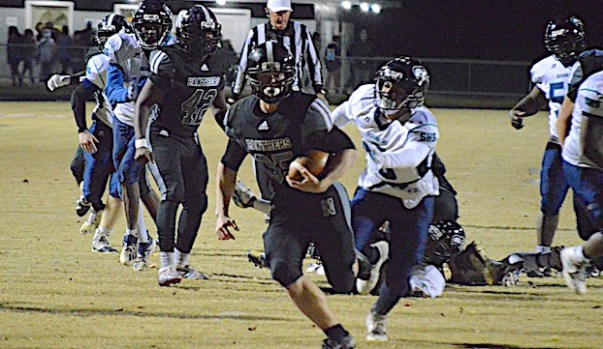 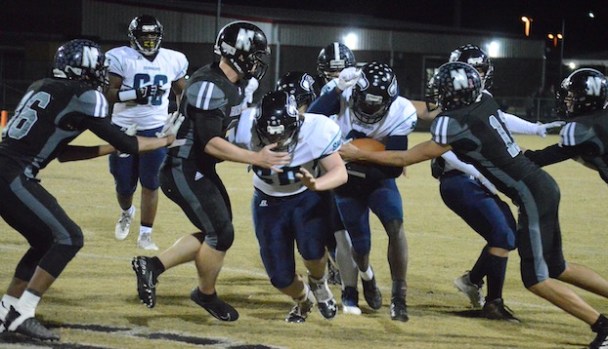 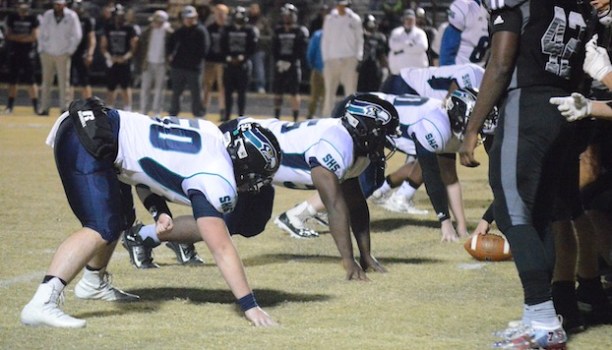 The Seahawk defense held Northside’s high-scoring offense well below their season average in a 14-7 loss in the 1A state playoffs Friday. (Steve Barnes/Washington Daily News)

Northside prevailed, 14-7, in a hard-fought physical battle against county rival Southside in the third round of the 1A state football playoffs Friday night at home.

The Panthers (11-1) host Pender HS (8-3) of Burgaw Friday in the East semi-finals. The sixth seeded Patriots walloped number three North Moore, 50-12, on the road to advance.

Northside scored on its first two possessions as senior fullback Mitch Godley scored from 10 yards out on the fourth play of the game and from five yards on the first play of the second quarter after a long drive.

It looked like the rout was on, but the Seahawks (11-2) defense had other ideas and held the Panthers off the scoreboard the rest of the way.

“We lost the first quarter, but our defense gave us a chance to win at the end,” Southside coach Jeff Carrow said. “Our only two losses are to them and they are a very good team. Hats off to them, but I’m very proud of the way we battled back.”

Southside scored after a long pass from Walker Hill to Manvonte DeLoach to the five yard line set up Keywon Campbell’s one yard run.

The Seahawks came up with an interception on Northside’s last drive to have a chance with three minutes left.

Tequon (Tater) Moore ran 26 yards to the 47, but a penalty, two sacks and a fourth down interception ended the Seahawks season.

“Our defense made the difference,” said coach Keith Boyd. “We popped in a couple of quick touchdowns, then held on with our defense. Southside played hard, but we managed to hang on.”

Godley ran for 170 yards on 21 carries and had 12 tackles from his linebacker spot, while Moore led the Seahawks with 67 yards on nine carries. Northside had 247 total yards, while Southside had 198, well below both teams’ season average.

Washington ended the season with a 57-47 loss at Northeastern in the 2A third round game in Elizabeth City. The Pack (10-3) trailed 44-26 at halftime against the 12-0 Eagles.

“We didn’t covert twice in the red zone late and that made the difference,” coach Perry Owens said. “Our defense struggled early, but forced three turnovers in the second half, but we couldn’t convert. I am proud of our tenacity against a very good football team.”

Terry Moore had a pair of rushing touchdowns and two receiving, while quarterback Hayes Pippin threw three scoring passes and ran for anot