“Chocowinity shows up and shows out,” was the brief statement given by Tanya Avery, vice president of the town’s volunteer fire department’s Ladies Auxiliary.

She was right. One year after the COVID-19 pandemic shut down Beaufort County and its most treasured holiday traditions, the Chocowinity Christmas Parade returned with spirit, pride, floats, victorious sports teams and cheerleaders, horses, rescue dogs, custom cars, motorcycles, tractors, and all the municipality’s most advanced firefighting vehicles. Dance troops strutted, a waving and smiling Summer Shavender fresh from her win at 2021’s Miss Independence competition in Belhaven – and enough candy got tossed from parade participants to keep children grabbing and cheering the entire time.

Hundreds of residents and friends showed up for more than the town’s popular parade. The ladies’ auxiliary of Chocowinity Volunteer Fire Department held its popular Christmas Expo along with the group’s EMS pancake breakfast – which sold out of food long before hungry buyers stopped showing up at the fire house kitchen. After a year’s absence, almost 50 vendors were just as eager to celebrate as the hundreds of shoppers who crowded the fire department’s engine bay. The line for photos with Santa stretched halfway down that huge space and several yards outside the building, where cheerful photo fans – with three of their dogs – shared pandemic survival stories and expressed their gratitude for being healthy enough to participate in Saturday’s celebration.

Members of the crowd were still sharing parade moments days later, including young Briley Hodges of Chocowinity, whose grandmother said the pint-sized parade enthusiast came home and promptly counted how many pieces of candy she retrieved from parade participants who threw them from passing floats to the crowd. “She got at least 50 or more,” said Donna Hodges, “and she’s already separated them out so she can share some with teachers and friends. She had a wonderful time.” 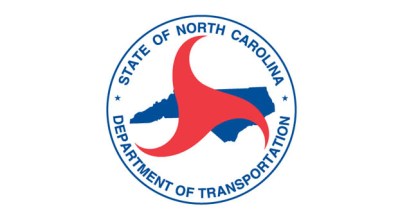 What to know on Election Day