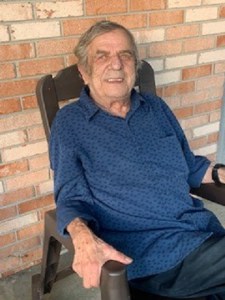 Mr. Richard Stan Paszt, age 82, a resident of Washington, NC left us and joined out Lord and Savior Thursday November 25, 2021.
A funeral mass will be held 11:00 Am Monday November 29, 2021 at Mother of Mercy Catholic Church and will be officiated by Father Mike Schuetz. Burial will follow at Pamlico Memorial Gardens.
Mr. Paszt was born in Poland on March 3, 1939 to the late Peter Stan Paszt and Balbina Hajduk Paszt. His family immigrated to the United States in 1950. He gained his citizenship in 1957. On June 2, 1963, he married Lola Lee Keech. Mr. Paszt served in the United States National Guard for 35 years and obtained the rank of First Sergeant. He was a welder for Texas Gulf for 30 years until his retirement. Mr. Paszt was a member of the Mother of Mercy Catholic Church and the Knights of Columbus. He enjoyed fishing, playing cards, bowling, woodworking and welding. Dad was known for his sense of humor, love of family and friends and his generous heart. To know him was to love him.
Survivors include his wife Lola Paszt, a son, Richard Paszt, Jr and wife Debbie of Pinetown, two daughters, Carolyn P. Coutts and husband Brett of Grand Junction, CO, Sharon P. Jankowski of Washington, seven grandchildren, Blake Winfield Paszt and wife Tristin, Ashley LeeAnn Paszt, Megan Hope Paszt, Sierra Lynn Coutts, Zachary Maxwell Coutts, Ryan Francis Jankowski, Hope Linda Jankowski, and two brothers, Stan Paszt of Wilson, and Eddie Paszt of Pinetown.
He is preceded in death by his sister Kazia Apple.
Family will receive friends following the service at the cemetery.
Condolences may be addressed to the family online by visiting www.paulfuneralhome.com
Paul Funeral Home & Crematory is honored to serve the Paszt family.