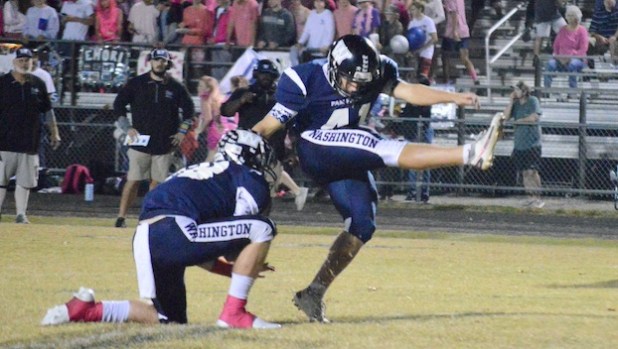 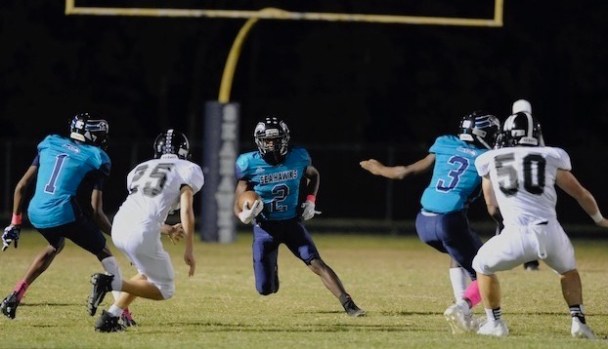 The inaugural contest pits the best seniors from the 919 area code, mostly around the Raleigh-Durham-Chapel Hill area against the best from the eastern part of the state.

The all-star matchup was created by ENC Elite Sports, a group from Williamston with 40 seniors on each roster.

Players from 25 different schools across all four classifications make up the 252 team.

“It’s a great honor for Ridge to be selected after the season he had for us,” Washington Coach Perry Owens said. “He was remarkably accurate over his three year varsity career and had some big kicks for us. We didn’t punt much, but he had some boomers when we needed them and pinned them deep a few times also.”

Zerniak is listed as a punter for the 252 team after converting 40 of 43 extra points and five of six field goal attempts as the Pam Pack went 10-3 and made it to the third round of the 2A playoffs.

“He always had a game or a practice every day,” Owens said. “He was very focused on football when he was with us and put the work in to be successful. We’ll miss him next fall.”

Coffield was chosen as a defensive back after being among the Seahawks leaders in tackles and interceptions. He also ran for 1,451 yards and 20 touchdowns while averaging 11 yards per carry.

Southside went 11-2 with both losses to Northside, including one in the third round of the 1A playoffs.

“We are extremely proud that Kenjray made this all-star team,” Southside coach Jeff Carrow said. “He was a big part of our success this season and we are excited he gets to play in another game. We know he will represent Southside and Beaufort County well.”