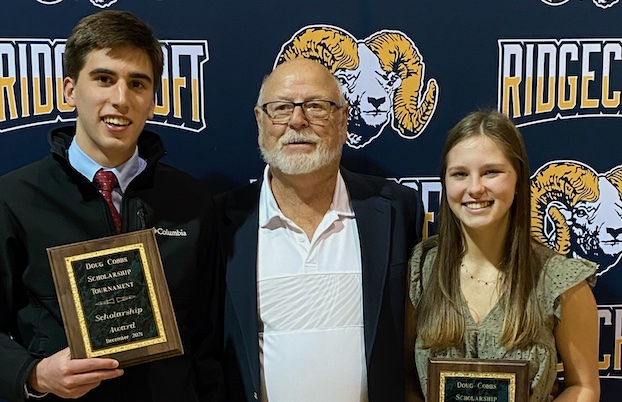 Southampton Academy, Northeast Academy, Lawrence Academy, Halifax Academy and the Albemarle School competed along with the Raiders and the host school in the tournament that honors former Ridgecroft Athletic Director and Coach Doug Cobbs.

Each school nominated two student-athletes to apply and be interviewed for two scholarships.

On the court, the Raiders edged Lawrence 54-52 on a Sawyer layup with two second left. Bo Spencer rebounded a missed three-pointer, fired an outlet to Davin Cadle, who found Maddox Lee beyond the three point line. Lee noticed Sawyer wide open under the basket and assisted on the winning bucket.

Lee took game scoring honors with 32 points, Sawyer had 10 and eight rebounds, while Cadle grabbed 11 rebounds and had eight assists.

PCA held on for another tight victory Thursday, 44-42 over Halifax Academy Thursday after leading by six with under a minute left. Lee led all scorers with 13 points. Drew Van Staalduinen added 10 points and 8 rebounds, while Sawyer added 10 rebounds.

Sawyer and Cadle were named to the All-tournament Team as the Raiders raised their record to 4-3.

Meanwhile, the Terra Ceia boys are 3-3 after a 76-55 victory over Hobgood Academy in the home opener with two games left before the holiday break.

Senior Elijah Shelton exploded for 40 points in the win, while classmate Hayden Bowen had 23.

The Knights girls team concluded the 2021 portion of the schedule with a 50-16 rout of Hobgood. 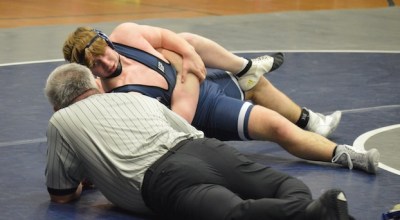