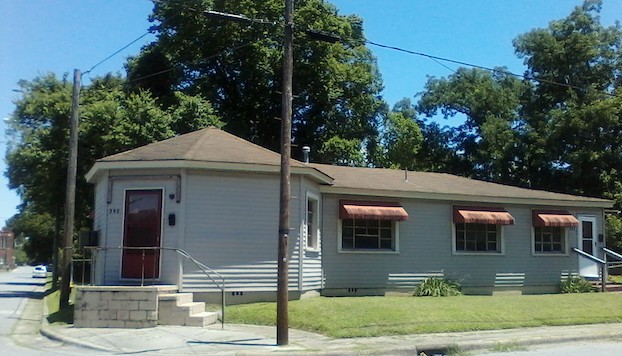 I have authored a Facebook page called ‘I’m From Washington NC and nobody told me this’ since 2009. On the page, I share three hundred years of Washington’s African American history. The page received this name because when I shared this history with participants on my African American Walking History tours of Washington that I have been conducting since 2010, often participants would say, ‘I’m from Washington and nobody ever told me this!

Recently I have received many requests from people who do not use Facebook to share some of this history in my column with some photos. I am delighted do so with some of the content from my ‘Know Your Town’ series on the I’m From Washington NC and nobody told me this Facebook page.

Here is a post from April 2020, featuring a very significant and distinguished doctor in Beaufort County.

This medical building in Washington in the 1950’s thru the early 1980’s, in the heart of the African American community was very well known. Located at northeast corner of Fourth and Gladden Streets, this was the dentist office of Dr. Haywood Nathaniel Dowdy (1900-1986.). He was the only African-American dentist in Beaufort County and practiced for more than 50 years.

He was also the Chairman of the African American World War 2 Fund Drive.

Under his leadership, the generous donation from the African American citizens of both Washington and Beaufort County helped significantly towards the war effort and helped to boost the morale of local African American military men and women and their families. Dr. Dowdy is still revered as one of Washington’s most outstanding African American leaders.