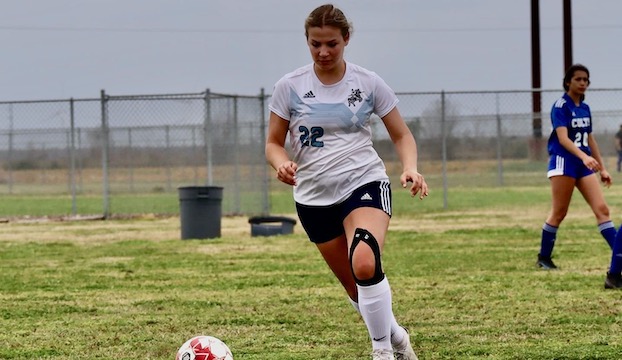 The first-year soccer Raiders won their fourth straight match, 8-0, at the Albemarle School in Elizabeth City for their third consecutive shutout.

“Our girls played as well as they have all year in the second half,” coach Logan Van Staalduinen said. “Our defense has been the key to this winning streak. After our last loss they have really been pushing themselves to get better and it has shown the last two weeks.”

PCA is 5-4 overall and tied for the conference lead after allowing eight shots and one goal in the last four matches.

The softball Raiders are ranked first in the NCISAA 1A state poll with an 11-0 record and are 7-0 in the league after a 3-2 home victory over Ridgecroft Monday. The win also wrapped up the regular season league championship. PCA trailed, 2-1, but rallied for two runs in the bottom of the 7th inning for the win. Reagan Stoop’s two-run double scored Emma Hanna and Lilly Keech with the winning runs. Stoop went 2-3 and earned the pitching victory with 14 strikeouts.

Melanie Rutledge, Abbey Cutler, Reese Blackman and Keech had the other hits. The Raiders had pitched six straight shutouts before the Ridgecroft contest.

PCA’s baseball also leads the league with a 5-0 record and are 7-5 overall after their third straight win, 14-11, against Ridgecroft Monday. The Raiders exploded for eight-first inning runs, then held on for the win.

Deacon Ethridge went 2-4 with four runs batted in, Devin Cadle was 2-3 with a double two RBI and three runs scored. Evan Woolard was 2-4 with a double and 2 RBI, while Tristan Mann scored four times.

Ethridge went 3-4 with four RBI in the previous contest, a 7-6 win against Northeast Academy, while Cadle was 2-5 with a triple.