Leave trash behind on dump run? Expect to be asked about it 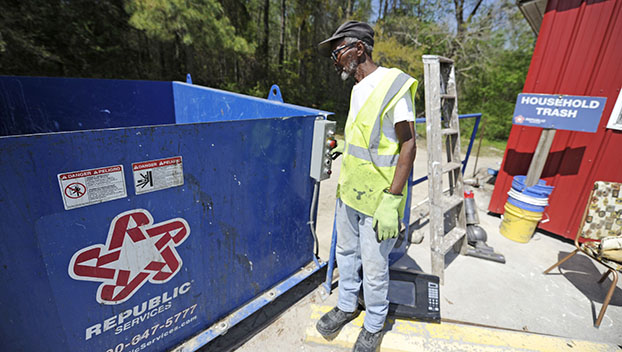 Beaufort County residents who drop some of the garbage bags they’re taking to the dump can soon expect to be notified, in person, by county government employees asking how they plan to clean up their mess in residential areas where that trash landed.

The decision is a result of letters and calls from angry Beaufort County residents regarding large bags of trash that have fallen from vehicles being driven to many of the 10 trash collection sites located countywide. The issue stems from the fact that drivers whose trash has fallen while in transit to those sites are leaving the messy results for local residents to clean up, instead of returning to clear the affected area.

A unanimous decision about the issue followed a spontaneous motion by Commissioner Hood Richardson at last week’s meeting of the Board of Commissioners, where story after story was recounted about people’s trash flying off of truck beds, trailers, and other transport vehicles, almost always left there by whoever was driving them to their final destination.

County attorney David Francisco noted that previous discussions about the issue resulted in commission members choosing to “back away” from a similar plan that involved directly contacting residents whose trash had fallen but was not picked back up. Francisco added that something does need to be decided upon “so we can get some people out here to clean it up” instead of leaving their trash behind for local residents to clean up.

Richardson and Francisco were joined by commission chairperson Frankie Waters as all three shared personal experiences with the issue. Richardson’s comments included the solution he experienced in Kentucky, where solid waste disposal employees would go through the trash that was dropped and find mail, old magazines, or other identifying material, then contact the people whose information was confirmed. Specific decisions about how to do that in Beaufort County were not included in last week’s discussion.

“It only takes two or three months, maybe 20 to 30 letters or calls from the town or county, before word gets around and people decide they don’t want to receive that kind of recognition,” Richardson said.  Recounting a local incident, Waters shared that the owner of one property on NC Route 99 did some similar sleuthing with trash abandoned on his road, then called the owner who “picked it up the next morning…it worked.”

Beaufort County’s ten trash collection sites include three in Washington, two each in Chocowinity, Belhaven and Pinetown, as well as one in Aurora. The addresses of those sites can be found online at co.beaufort.nc.us/273/Collection-Sites.