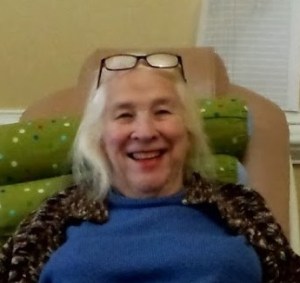 Born November 26, 1925 in Washington, NC, Jane passed away on January 14, 2022 at the age of 96.  Jane was the second daughter of Robert Whitmell Small and Mary Wharton Carter Small.  She was preceded in death by her parents and her sister, Isabel Carter Small.

Jane lived in Washington during her early years, graduated in 1944 from Washington High School and as an adult moved to various places in the U.S.  She lived in Denver, Colorado for a summer, working in retail at a department store.  In the 1940’s she lived in San Francisco, supporting the war effort as a volunteer with the USO.   Houston Texas was home for many years during which time she worked in the hospitality industry as the social director at a Houston Country Club.  In 2003, after retiring, Jane and Isabel moved back to Washington Park to reside in the home her grandfather, Dr. Whitmell Pugh Small built on Riverside Drive.

Jane loved her family, friends, neighbors and treasured living in The Park.  She is the last of her generation and is survived by several cousins.

A memorial service is planned for Monday April 25, at 10 AM.  It will be held at St. Peter’s Episcopal Church, 101 N. Bonner St., where Jane was a longtime member.  A graveside service at Oakdale Cemetery will follow.  All are welcome.