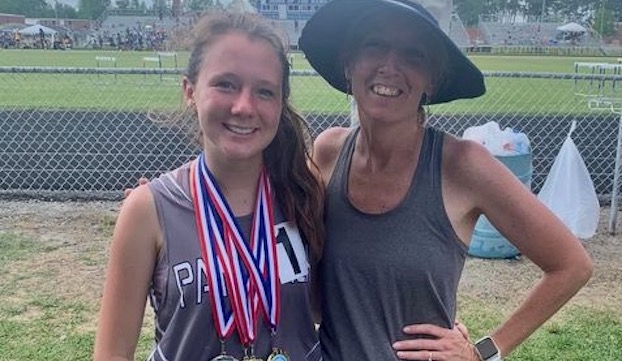 She finished second in the 800 (2:53.53) and anchored the first place 4 x800 relay team with Jessica Conner, Reagan Fisher and Jazmine Granados.

“Hailey did a tremendous job performing well in four events,” coach Perry Owens said. “All credit goes to Dawn Landen, her distance coach, who also coaches her in cross-country. Hailey is now a seven-time conference champion in two different conferences in just two years. Coach Landen has done a great job with her along with all the distance runners and she works hard on her own.”

The girls team finished third behind Farmville Central, while the boys were fourth behind North Pitt.

Alyza Grissom and senior Jewell Powell tied for second in the high jump (4-0), while sophomore Ornisha Norman took third in the triple-jump (’25-11).

“Both squads are super-young, so I’m very pleased with their effort and results,” Owens said. “Jewell (Powell) and William (Reid) are the only seniors, so the future is bright.”