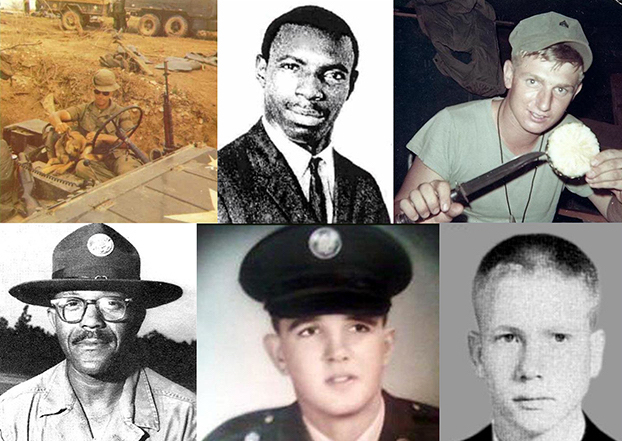 This past Memorial Day was a solemn time for all of us as we honor those who have died while serving in the United States armed forces. Reflecting on my “coming of age” military conflict, the Vietnam War, I decided to find the names of the Beaufort County sons who made the ultimate sacrifice during this military action. To honor them, here are the names of the heroes I found on “virtualwall.org,” the website listing the names of Vietnam War casualties:

On several memorial websites are the moving comments from those that had known the fallen heroes. Corporal Warren Lee Beachum from his daughter, “Thank you for all of my yesterdays, my todays and my tomorrows. It is because of you that I am who I am today. You are forever in my heart and on my mind. I hope I have made you proud to be called daddy.” And from his wife, “Lee, I will always love you. No, time has not taken your memories from me. Your daughter is special and I see you in her. You were proud to know that we were having a child. Sometimes it’s really been hard but you have always been here with me.”

Sergeant Paul Marion Nance, Jr. from his cousin, “He had already served one tour in Vietnam and then volunteered to go back. While between tours, he married and had been married six weeks when he returned to Vietnam, only to die there.”

To Staff Sergeant Joseph Henry Downing Jr. from one of his fellow soldiers, “Sgt Downing was my Sr. Drill Sgt… I remember Sgt Downing as an outstanding soldier, unquestionable devotion to duty, great leader of men. He is remembered with the greatest of respect for the care and training he gave to his soldiers. A great loss for our country.”

Almost all of these men were of my generation. They died over 50 years ago in the prime of their lives, never experiencing the joys or the challenges of raising a family or contributing to their community. We owe them our praise not only on Memorial Day but every day for their sacrifice while serving their country.