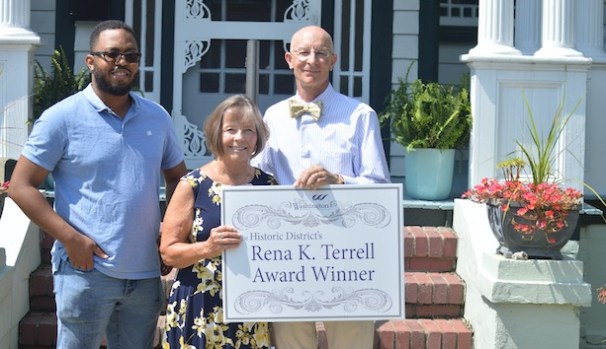 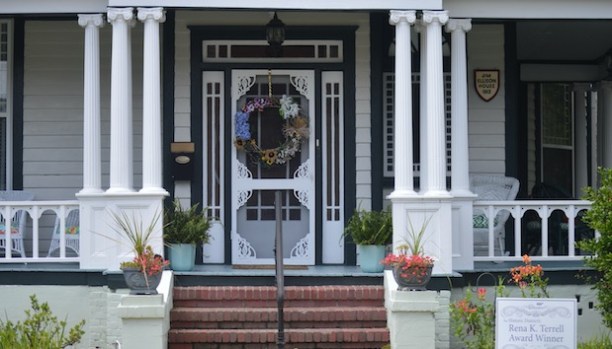 Green has made many improvements since buying the house on E. Main Street from the original owner in 1981. (Steve Barnes/Washington Daily News) 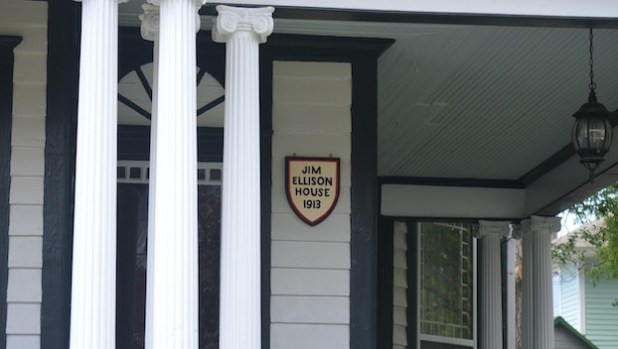 Betty Jane Green became friends with Rena Terrell shortly after moving to Washington in 1979. Now she’s won an award named after her friend.

Green is the 2022 recipient of the Rena K. Terrell award for Stewardship presented by Scott Campbell, Realtor with Coldwell Banker Coastal Rivers Realty and the City of Washington.

“Historic homes are not easy to maintain and Betty Jane has done a great job of keeping hers looking great,” Campbell said. “I’ve walked past this house a lot over the years and its always well-kept and consistently looks good. One time she’ll be painting the porch and the next time she’ll be working in the yard. She’s worked with the Historic Commission on other improvements and has always followed the standards.”

Terrell herself wouldn’t have it any other way.

“Rena was very passionate about saving old homes and creating standards so homeowners would have to maintain the historic integrity of the home when doing renovations,” Green said. “There was no Historic District when I moved her and Rena convinced me to work with her to start one. Our town has become known for the cool, historic homes around the downtown area and that is thanks to her hard work.”

Green lived a few blocks away after moving to Washington to teach in the public schools. After a 20 year teaching career, she was an assistant principal at Washington High School and principal at John Small Elementary and the Ed Tech Center before her retirement. She still fills in on the administrative side when needed. Terrell helped her find her current home.

“She was not at all afraid to walk up on somebody’s porch and keep knocking on their door until they answered and that’s basically what happened with this house,” Green said. “The owner had grown too old to stay in the house and had moved to a facility in Greenville five or six years previously, but Rena tracked him down and told him to sell it to me. It never hit the market and here I am.”

The 3,600 square foot home was even larger when Green’s family moved in and they made several renovations while living there. They removed a second-story sun room, updated the plumbing and electrical systems, removed wall paper and repainted and totally rebuilt the wrap-around front porch and added various other touches.

“Maintaining an older home is an ongoing project, but that’s just part of it,” Green, who has been the treasurer of the Historic District Foundation for over 20 years, said. “I was shocked when Scott called to tell him I was getting an award for doing basically what every historic homeowner does.

There is no comparison between what the downtown area looked like when I moved here and how it looks now and Rena deserves a lot of credit for getting things started. I’m proud that her name lives on.”

The Terrell Awards are made possible through a partnership between the City of Washington and realtor Scott Campbell. Campbell, an agent with Coldwell Banker Coastal Rivers Realty, is an ardent supporter of historic preservation and worked with the city to recognize the dedication of property owners in the Washington area who preserve the stories of these historic homes and businesses. The awards are given out in four categories: Best Residential Rehab, Best Commercial Rehab, the Good Neighbor Award and Stewardship Award. Stories about the other 2022 winners can be found at thewashingtondailynews.com