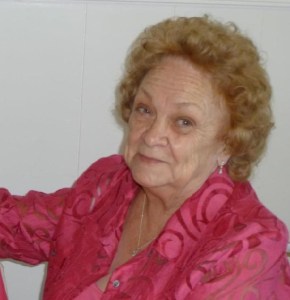 A funeral service will be held 3:00 PM Friday in the Chapel of Paul Funeral Home Belhaven. Burial will follow in Belhaven Community Cemetery and will be officiated by Ricky Adams. Pallbearers include Carl Adams, Kennith Neal, Keith Radcliffe, Kasey Neal, Nathaniel Canady, and Wayne Newell.

Mrs. Adams was born in Beaufort County on December 1, 1938 to the late Charlie Hill Alligood and Mamie Jackson Alligood. She attended Washington High School. On April 16, 1955 she married F. Carlyle Adams, Sr. to whom she was a devoted and loving wife. She was a member of New Hope Church of Christ. Mrs. Adams enjoyed reading, gardening, and cooking for her family. She was one of the best cooks and if you came to the house to see her she always made sure you enjoyed a meal.

She is preceded in death by her husband, Carlyle Adams, Sr. and her son, Jimmy Adams.

Nothing made her happier than to see her family come through the door and she even had an extra smile when she would see her grandchildren and great grandchildren.

The family would like to thank the caregivers at Ridgewood and Amedisys Hospice staff for the love and attention given to our mother.

Flowers are appreciated or memorials may be made to New Hope Church of Christ in Pantego.

The family will receive friends from 2:00 PM until 3:00 PM at Paul Funeral Home of Belhaven, and other times at the home of Keith & Robin Radcliffe, 491 Lamont St, Belhaven.

Paul Funeral Home of Belhaven is honored to serve the Adams family.