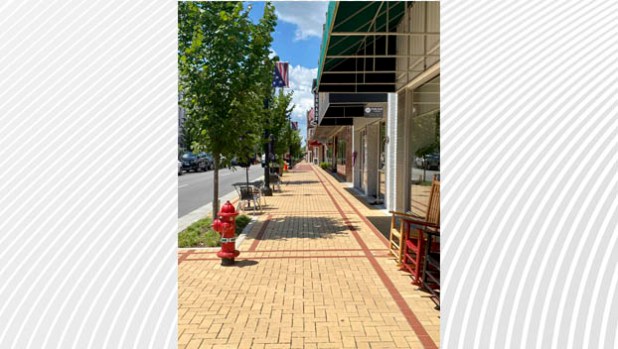 City council will hear a presentation on Aug. 15 about implementing a social district for downtown Washington. This would allow patrons to walk and imbibe within defined boundaries without consequence. Photo by Holly Morgan. 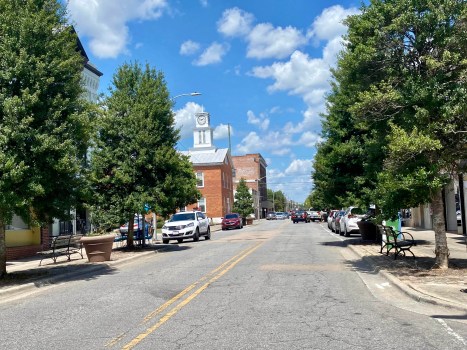 City council will hear a presentation on Aug. 15 about implementing a social district for downtown Washington. This would allow patrons to walk and imbibe within defined boundaries without consequence. Photo by Holly Morgan.

Tonight, if you were to purchase an alcoholic beverage from one of the establishments in downtown Washington then walk to another establishment while drinking said beverage you could spend the rest of your evening with police officers discussing an open container offense.

The Washington city charter explicitly states it is “unlawful for unlawful for any person to consume or to possess in an open container any alcoholic malt beverages and unfortified wine upon any of the public streets, highways, alleys, sidewalks, city-owned or city-controlled recreational property without permission from the city, public parking lots, private parking lots or land without permission of the owner or possessor, or in vehicles upon any such property.”

A social district, however, could amend that ordinance. A social district is a well-defined parameter wherein people can purchase an alcoholic beverage at an establishment and imbibe outside on city streets and areas around downtown. Patrons would drink from specific plastic cups that would have a social district logo and the logo of the establishment where their drink is from. They would be able to drink outdoors without consequence as well as drink and shop in participating retail stores.

Meg Howdy, executive director of the Washington Harbor District Alliance, says social districts are not about the alcohol, but rather, they have the potential to bring an economic boost to downtown. The idea is that by easing public consumption ordinances, this will encourage people to spend more time in downtown shopping and dining; therefore, more shops and restaurants would stay open later thereby creating more of a night life in Washington.

“Really, it’s not about alcohol. It’s about the economy,” Howdy said, adding the COVID-19 pandemic taught local business owners new ways to adjust and lift each other up. She said for example, a person could purchase a beer at a brewery then purchase takeout food from a restaurant and eat by the waterfront docks or purchase a beverage then shop in one of the stores.

“This will allow for us to take advantage of the economic value of looking at the [Harbor] District as a whole so people will want to come in, purchase and move along,” Howdy said.

The social district would begin on Thursdays and last through the weekend from 10 a.m. to 11 p.m. to include brunch on Sundays. The parameters for a possible social district in downtown have yet to be determined because a decision on whether to include the waterfront docks has not been made at this time. That decision is in the hands of Washington City Council members. They will listen to a presentation from Howdy at their regular meeting on Monday, Aug. 15, but will not be taking a vote. Howdy said she has received support from some members, but others are hesitant.

To residents who are concerned about the related risks in implementing a social district, Howdy says establishment owners will receive training from an Alcohol Law Enforcement (ALE) officer on how to safely serve customers and retain their permits. (ALE is a division of the North Carolina Department of Public Safety.)That training is scheduled for this month.

Howdy said Washington can learn from other cities on how to operate a social district especially when there are community events downtown like festivals. She would like for a social district to be in place in time for the upcoming holiday season.