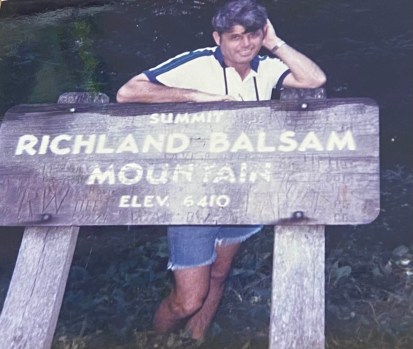 Sandra with her father, Asa T. Squires who was one of four men that perished in a fire at National Spinning in Washington on September 7, 1982. Photo courtesy of Sandra McCall. 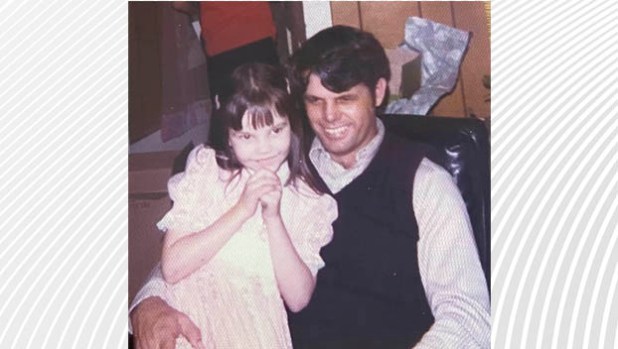 Virginia Squires said her husband Asa was a “family man” and enjoyed spending quality time with them. Photo courtesy of Sandra McCall. 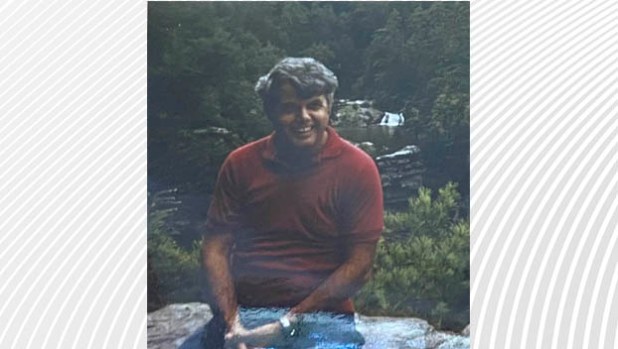 September 7 is a tragic, painful and annual reminder for Virginia Squires and Sandra Squires McCall; however, memories of Asa have kept them strong and resilient in the four decades since the fire at National Spinning in Washington.

Asa Travis Squires, 39, was a loving husband to Virginia and father to Sandra.  Virginia was in her mid-thirties, but Sandra was fourteen years old when the fire occurred. He was a supervisor at the dye plant who had worked there for 19 years. He was also a member of a fire brigade at the mill who attempted to extinguish the fire.

Virginia vividly remembers the night when she answered a phone call from a National Spinning representative who shared why her husband would never return home from work. Only a few short hours before, Asa had kissed her goodbye before leaving their home on Main Street around 11:30 p.m. to work the late night shift from 12 a.m. to 8 a.m. in the dye plant toward the back of the National Spinning complex.

“We were all young and not expecting it,” Virginia said. The “magnitude of it,” she added, made her feel as if she were “walking through a fog” because it was “unbelievable.”

She described Asa as a “family man” and a “good conversationalist.”  He enjoyed spending quality time with his family asking them to “grab a glass of tea” and talk to him as he worked on a carpentry project.

“He was definitely a family man. He loved family,” Virginia said. “The three of us – we did everything together…He liked for us to be around.”

“He was the kind of person – if somebody needed help and he found out about it – he’d be the first person there to help,” Virginia said. Sandra believes her father’s willingness to help someone in need is a reason why he was part of the fire brigade at the mill.

Sandra said her father was her best friend. They would spend the afternoons together while her mother was still at work. He would take her shopping and jokingly say, “don’t tell your mother about this.” Sometimes, it was hard to hide the new, baby blue tennis shoes she wore the following day after a shopping trip or when she and Asa went to a jewelry store and got her ears pierced. Sandra still wears a pair of skates Asa bought for her fourteenth birthday. She wears them when taking her daughter skating.

Posthumously, Asa imparted a valuable life lesson on his teen daughter. That lesson was to find her voice and to be outspoken. Sandra, who was painfully shy as a child, matured into a young woman who became a defender for her mother and herself. Over the years, her protective nature extended to her husband and daughter.

Virginia and Sandra’s relationship became stronger as they had to trust and rely on each other more – especially while Virginia held three jobs while attending college. She earned a Bachelor’s degree in business administration then a Master’s degree in counselor in adult education from East Carolina University.

Virginia and Sandra had family to rely on as well. Barbara Squires Berry was Asa’s younger sister. They had four other siblings, but Asa and Barbara were close. Barbara remembers her brother, “Acey” as being the one she could talk to and receive advice from as they grew up.

All three women said it was unusual to see Asa without an eight-ounce Coca-Cola bottle in his hand. Barbara knew when her brother had stopped by when she was not at home, because there would be a bottle sitting on her front porch by one of the chairs. It was like his calling card for her that would appear several times a week.

Virginia and Sandra stayed with Barbara for a short period of time after Asa’s funeral, because it was too difficult to go home. An expert carpenter, he practically restored their home on East Main Street which meant at every turn in the home there was a physical reminder of his absence in addition to his clothes, shoes and photos of him.

Grieving the loss of Asa was not made any easier by the fact that there were many unknowns surrounding his death. They have always known he died from smoke inhalation, but it wasn’t until this summer that Virginia and Sandra learned he was a member of the fire brigade. Throughout the four decades since, Sandra has asked Washington neighbors – including those who worked at the plantl – about what they knew of the fire. She said they were reluctant to talk about it which made getting closure difficult. The only information they have is what was shared through news outlets at that time.

“Nobody would come forward and talk and tell us anything,” Sandra said. “It was almost like it was shut down. No one ever really wanted to talk about it or wanted to give you information.”

She continued, “to this day, we don’t know what truly happened…”

Family was a priority in Asa’s life. Family members lifting each other up is what helped Virginia, Sandra and Barbara through years after his death. It has helped them wade through the unknowns surrounding the fire guiding them to the understanding they will never know exactly what happened on September 7. Asa’s family doesn’t fixate on the unknowns, but rather, they choose to hold onto memories that keep him alive in their hearts and minds.