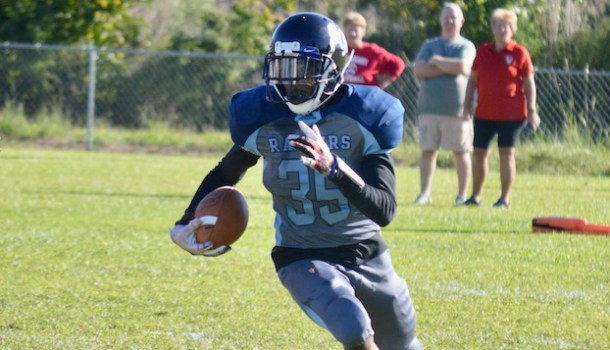 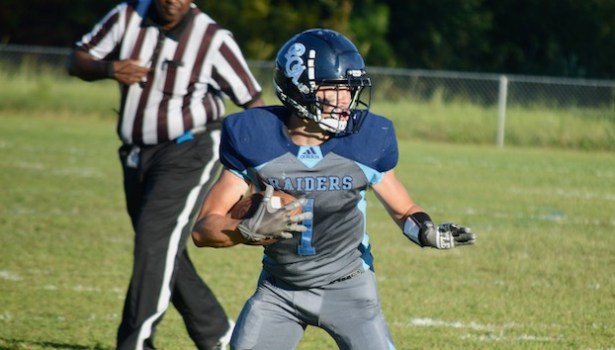 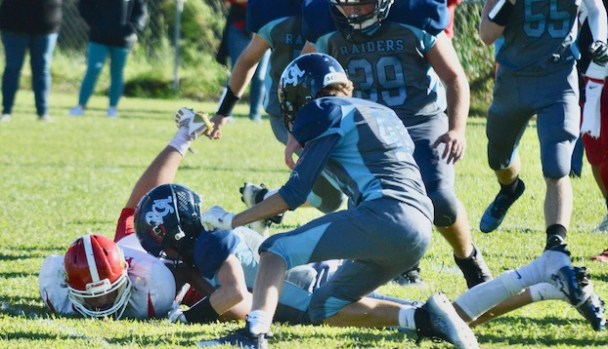 Junior Ethan Mann recovered a second half fumble that led to a touchdown against Northeast Academy. (Steve Barnes/Washington Daily News) 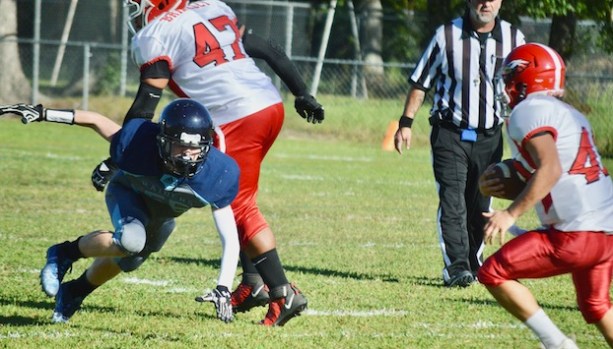 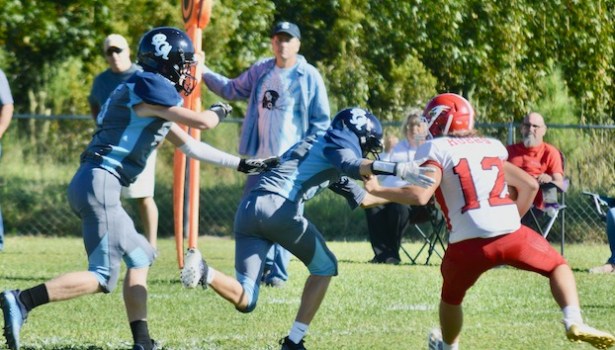 Freshman quarterback Austin Gibbs found senior Conner Sweet on consecutive passes covering 59 yards to start the game and it looked like Pungo Christian Academy was off to the races in 8-man action against Northeast Academy at home Friday.

However, the Eagles (2-2) bounced back for a 56-36 victory by scoring on four of the next five first half possessions to take the lead for good.

PCA junior Quay Artis broke off a 42-yard scoring run for a 16-8 first quarter lead, but the Eagles had enough answers to lead 36-22 at halftime.

The Raiders (2-3) grabbed some momentum when Ethan Mann recovered a fumble on the opening kickoff, which set up Artis’35-yard scoring run two plays later for a 36-30 deficit.

After an Eagle touchdown made it 42-30 into the fourth quarter, Gibbs hit Sweet with an eight-yard scoring pass, cutting the margin to 42-36.

Northeast responded with a scoring, drive, then intercepted a Gibbs pass and scored again to set the final margin.

“We had some big runs up the middle, but didn’t capitalize on other scoring chances,” first-year coach Alex Sefton said. “They ran the ball consistently well, which controlled the clock and they got some good pressure on our freshman quarterback. We need to start wrapping up when we tackle, but we didn’t stop fighting. We’ll take advantage of our bye week to work on some things.”

Meanwhile, Washington dropped its conference opener, 41-14, at West Craven after trailing 22-0 at halftime. WHS is 2-3 overall, while the Eagles are 3-3.