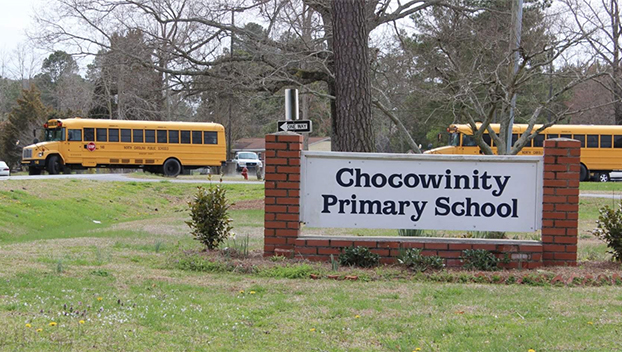 According to Beaufort County Schools Superintendent Dr. Matthew Cheeseman, the North Carolina General Assembly earmarked $300,000 last fiscal year and $500,000 for the 2022-2023 fiscal year for the school district. The money has to be distributed by Beaufort County Government to the local Board of Education. The total $800,000 would pay for a new modular at the back of the school, replacing a current one. Cheeseman said he does not expect a project to replace the modular to exceed $800,000.

Where the new modular would be located, there are existing water, septic and electric lines. Also, the Town of Chocowinity granted the school a permit to construct in April 2022 that they are retaining. There would be surface level construction to a concrete slab once the old modular is demolished.

Cheeseman said the hope is that the new modular will be installed Aug. 11 or about two weeks before school starts.

He explained the benefit of having fifth graders back at Chocowinity Primary which is improving school performance. The school is one of at least two schools in the state that are Pre K-4 and have a B rating from the NC Department of Public Instruction. Chocowinity Middle School is one of 33 schools in the state that serve fifth through eighth grade students. Cheeseman said “very few” models where fifth graders learn with sixth through eighth graders  actually worked through the COVID-19 pandemic. Most of the 33 schools, he speculated, had either D or C ratings.

Talking about fifth graders, Cheeseman said, they have an “elementary” mindset. “Therefore, you should put them back with elementary teachers, elementary students, elementary play.”

When fifth graders are put in the middle school environment, a school district is “landlocked” in terms of who can teach them based off of their credentials, students’ class schedule based on academic interventions.