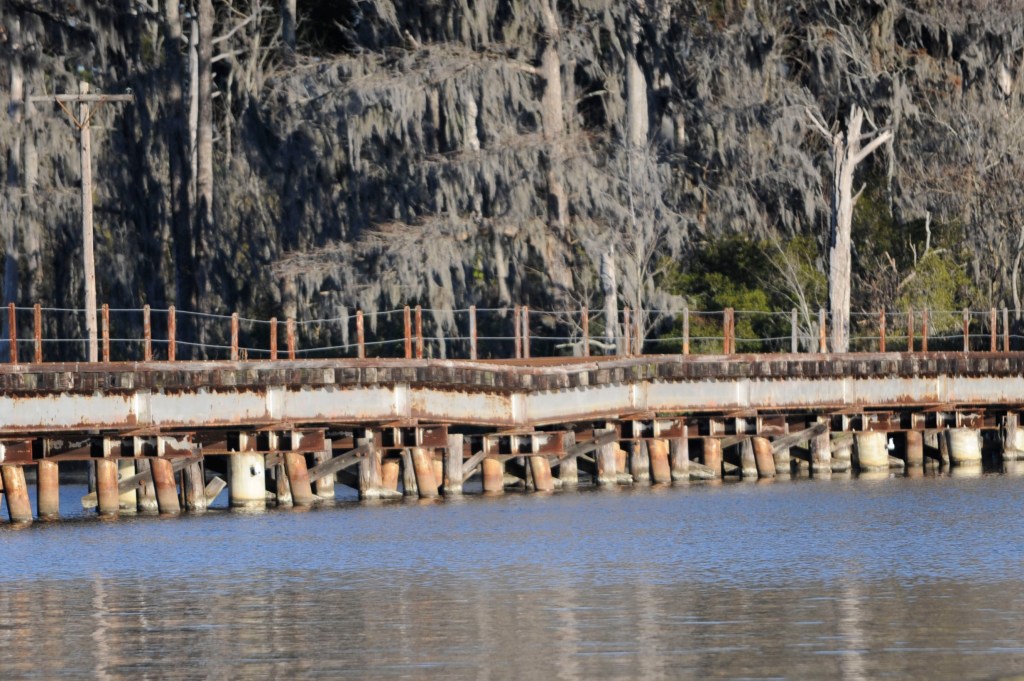 A buckled portion of the bridge signaled the failure of the railroad trestle across Runyon Creek between Havens Garden and Washington Park on Wednesday, Nov. 23. (Ashley Vansant / Washington Daily News)

A railroad trestle across Runyon Creek appeared to fail this week, buckling just more than two-and-a-half years after a similar event requiring removal of a train from the damaged bridge by railroad workers.

The business operates 179 miles of track in Northeastern North Carolina, according to its website, and serves the Port of Morehead City. Additional services include storage, switching and track maintenance.

A freight train traveling south across Runyon Creek came to a stop on the tracks in April of 2020 when the conductor recognized the trestle failure as it buckled under the weight of the train.

Railroad workers were able to safely remove a rail car stranded on the trestle bridge after first disconnecting the locomotive and several cars from those on the other side.