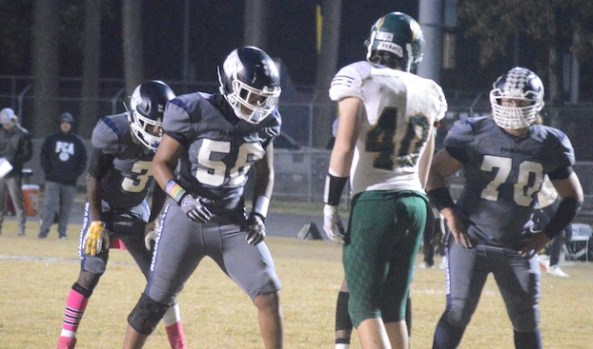 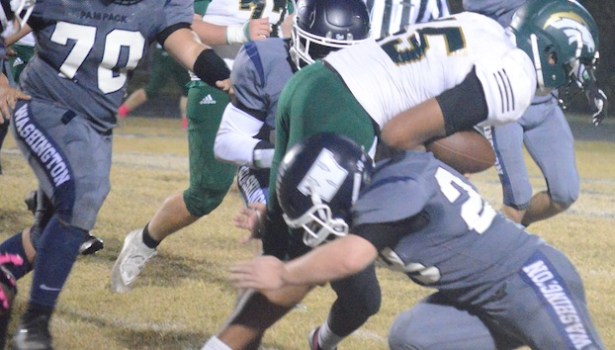 The 6’3 245 lb. Jackson made it for the second consecutive season after starting this fall at center. He moved to guard and tackle after injuries decimated the offensive line. Jackson also saw time at linebacker and defensive end.

“I thought he had a great senior year,” coach Perry Owens, whose team went 3-7, said. “He helped us wherever we needed him and provided outstanding leadership as a captain. He developed some versatility, which will help him get more looks from college coaches.”

Davis, a 5’9 185 lb. linebacker, led the Pack and finished among the league leaders with 170 tackles, despite missing some time in concussion protocol. “Our defense was 15 points a game better than last year because of him,” Owens said. “He was the guy in the middle of almost every play who made us go. He had a fantastic season.”

Coppage, a 5’11 185 lb. senior running back/receiver/defensive back, helped the Rams to their best season in years at 10-2 with 2,036 all-purpose yards that included rushing, receiving and kick returns. He also found time to intercept six passes and score 30 total touchdowns.

Farmville Central had four selections, including Offensive Player of the Year, Alex Moye. SouthWest Edgecombe also had four, while Ayden-Grifton, North Pitt and the Pam Pack had two selections.