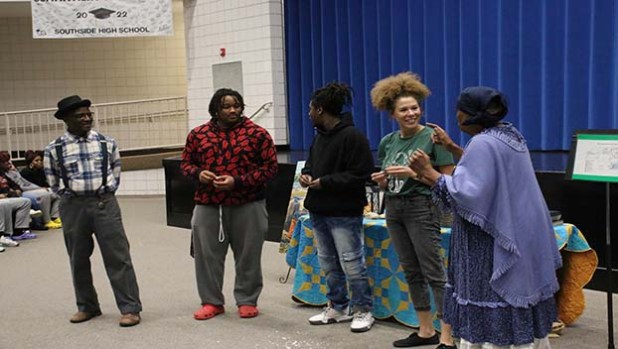 From left to right: Milton Brown with two students and their teacher Raven Cathey. (Holly Morgan/WDN) 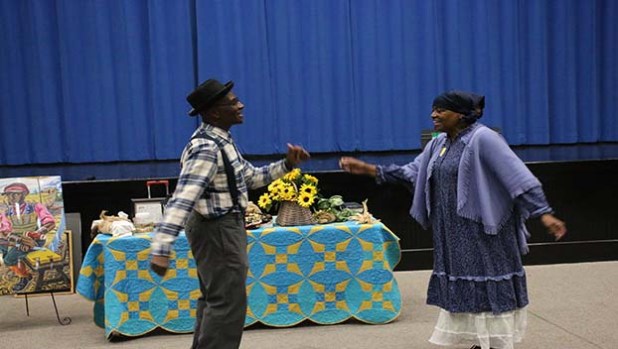 Leesa (right) and Milton Jones dance to a song laden with secret messages about when and where to meet a person who could help freedom seekers. (Holly Morgan/WDN) 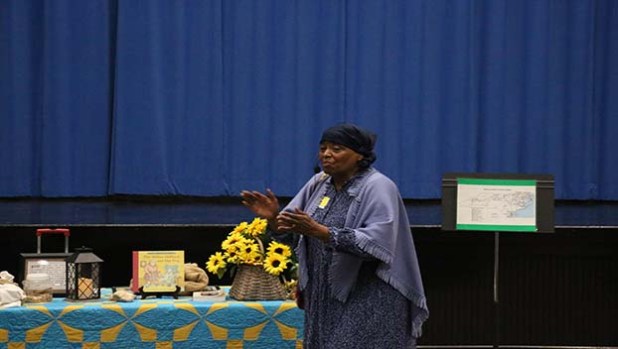 What kinds of local initiatives would you support which aim to educate the community and provide opportunities to learn? First Bank has continuously answered that question throughout the year in the form of monetary donations to people in North Carolina and South Carolina who work to provide more learning opportunities for community members.

First Bank’s Project Launch donates money to individuals who want to make a difference in their communities through education. Each month, new winners are chosen. Earlier this year, Leesa Jones, founder of the Washington Waterfront Underground Railroad Museum was selected as a winner. She received $2,000 that will be used for new costumes and materials for her presentation on the Underground Railroad and freedom seekers in Beaufort County.

On Thursday, Dec. 8, Jones and her husband, Milton, gave a presentation at Southside High School in Chocowinity. The Joneses taught all Southside students about how enslaved people used “genius” and “brilliant” ways to secretly communicate how to find freedom from one of the 146 plantations in Beaufort County, Leesa described. These forms of communication involved songs, the use of clothing and natural items like black-eyed peas and black-eyed Susans.

Jones said she enjoys educating young people about freedom seekers and their ingenuity because it allows them to see bullying from a different perspective. “What we’re sharing is about treating people with kindness, dignity and respect. That even though somebody doesn’t look like you, dress like you, act like you – they are still worthy of respect.”

Jones said she’s grateful for First Bank’s desire to be part of the community.